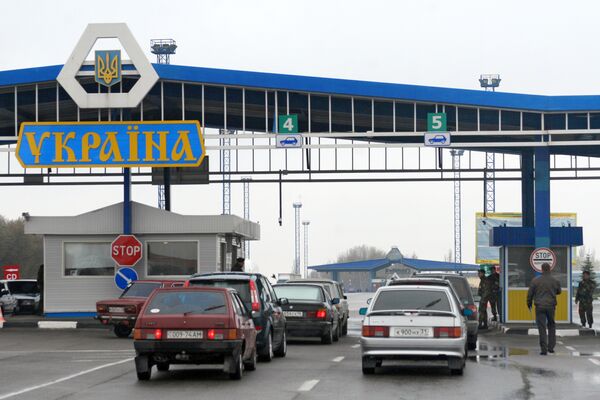 “Various means should be considered but, of course, the border will be closed immediately. Necessary tools and methods are being provided for that,” he said.

Earlier Ukrainian authorities decided to partly close the border in the east of the country, where a military operation against freedom supporters continues. Currently eight border crossing checkpoints are closed.

According to the Ukrainian government, Russian armed groups have been penetrating to the eastern territory of Ukraine through the border. Russia has not confirmed this information.

Answering a question about the possibility of mining the border, Gerashchenko said that “mining the home territory represents a danger for the citizens of Ukraine and for animals,” adding that national security is the highest consideration, but all pros and cons should be weighed.

According to the aide, there are many methods aside from mining, but they all require time and money and currently there is none of this in Ukraine.

Mass anti-government protests began in the southeastern regions of Ukraine in the end of February 2014 as a response of local residents to the military coup in Ukraine followed by an attempt of the new authorities to abolish the law that insured the regional status of Russian language in those areas.

The Luhansk and Donetsk People’s Republics declared themselves independent states following a May 11 referendum and soon started to form governments and law enforcement agencies.

Kiev refused to recognize the legitimacy of any of these decisions and has continued the military operation against the independence supporters in the regions.

Violence in eastern Ukraine has been on the rise since the beginning of a punitive operation launched by Kiev authorities in mid-April and has claimed dozens of civilian lives.

Moscow has repeatedly stated that Kiev must stop its military operation in eastern Ukraine and start direct dialogue with independence supporters.