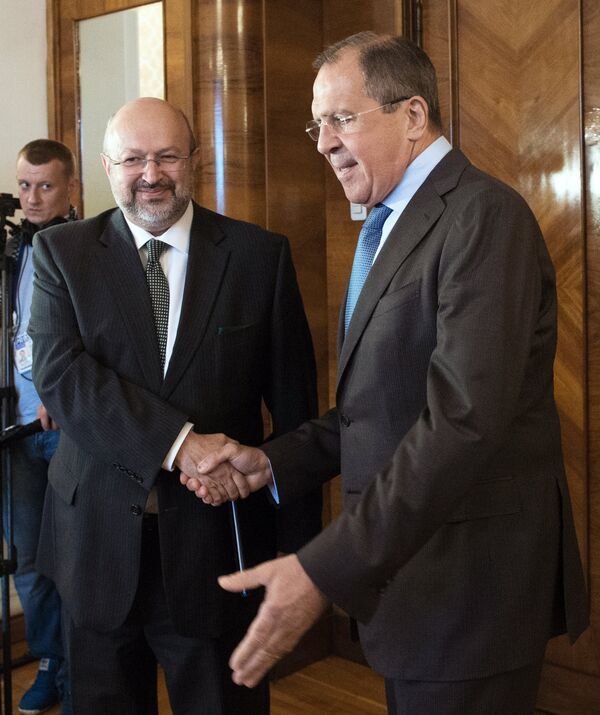 «We are convinced that the roadmap, welcomed by all foreign players, should serve as a basis for efforts to settle the crisis. We consider counterproductive any attempts to choose separate components from the roadmap and ignore other [provisions] or to replace the roadmap with some new plans, which are unilateral and unbalanced," the minister said.

He said the international organization’s monitors should continue their mission in Ukraine, but their work needs to become more objective.

«We think that this work needs to be continued, but become more precise, substantive and its objectiveness should be ensured," Lavrov said.

The organization’s secretary general, Lamberto Zannier, expressed grave concern that the OSCE monitors, who went missing in Ukraine in May, have not yet been released. He said their detention is unacceptable, urging their immediate release.

Zannier confirmed the OSCE  is not planning to end its activities in Ukraine’s eastern region of Luhansk. During a meeting with Lavrov, Zannier said that he was concerned about the humanitarian crisis in Ukraine and called on Kiev to start dialogue in the coming days.

Russia’s top diplomat also invited the OSCE chief to meet with Ukrainian refugees who have fled to the southern Russian city of Rostov-on-Don in order to get a comprehensive picture of events in the country.

«We think this is important to get a full picture, to talk to witnesses of these events, to have a clear and unbiased insight into what is going on in southeastern Ukraine," Lavrov said after a meeting with Zannier in Moscow.

On Sunday, OSCE spokesman Michael Bociurkiw told reporters in Kiev that the organization remains out of touch with a four-member international team seized by independence supporters in the Donetsk region on May 26 as well as four European monitors and a local translator who went missing in the neighboring Luhansk region on May 29.

Violence in eastern Ukraine has been on the rise since the beginning of a punitive operation launched by Kiev authorities in mid-April and has claimed dozens of civilian lives.

Moscow has repeatedly stated that Kiev must stop its military operation in eastern Ukraine and start direct dialogue with independence supporters.