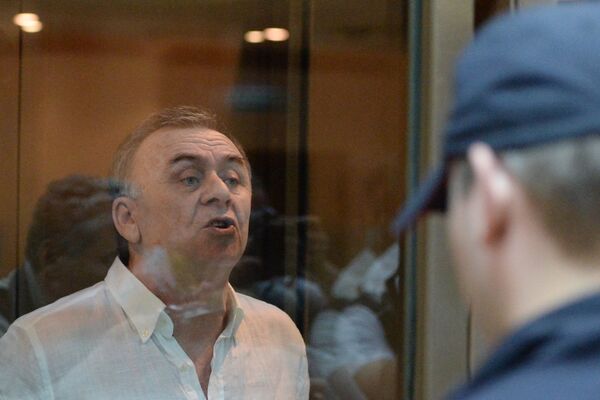 Other defendants in the case accused of assisting in the murder, the killer’s brothers Ibragim and Dzhabrail Makhmudov and former police officer Sergei Khadzhikurbanov, were sentenced to 12, 14 and 20 years in prison respectively. The court also ordered each to pay Politkovskaya's children 5 million rubles (just over $145,000).

The Novaya Gazeta journalist was shot dead in the elevator of her apartment building in October 2006. Investigators tie the murder to her professional duties, some experts link it to her coverage of human rights abuses in Chechnya, although the masterminds have never been disclosed.

The defense team said it would appeal the verdict.

The five men were charged with the murder and acquitted in 2009. The Supreme Court overturned the verdict and ordered a retrial.