US Senator Says Unwise to Back Sanctions with Use of Force 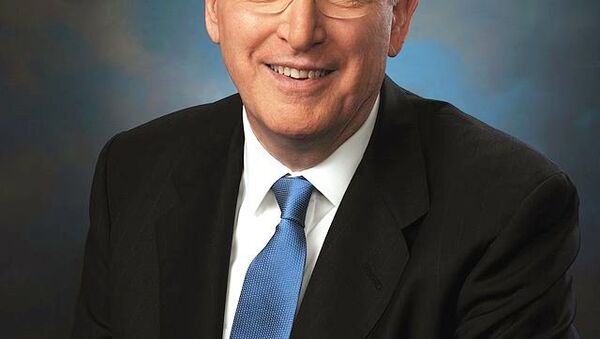 © Wikipedia
Subscribe
International
India
Africa
In response to a statement made by former US National Security advisor, Stephen Hadley that sanctions should be backed up by the use of force, Senator Jay Rockefeller (R) of West Virginia told RIA Novosti he does not think the US should “go there.”

WASHINGTON, June 4 (RIA Novosti) – In response to a statement made by former US National Security advisor, Stephen Hadley that sanctions should be backed up by the use of force, Senator Jay Rockefeller (R) of West Virginia told RIA Novosti he does not think the US should “go there.”

Earlier this week, former national security advisor to George W. Bush, Stephen Hadley said that the use of force should be used to support sanctions against Russia in the event Russia continues to press its interests in Ukraine.

“Sanctions, in some sense, are a prisoner of their own success. They work more effectively when they are part of a whole series of US tools including, and quite frankly, backed up by the use of force,” he said at the conference at the Center for Strategic International Studies.

Hadley called sanctions “a useful tool, but they are only one of a series of tools.” He called for greater strides to be taken to weaken Russian influence in the East. “I think in Ukraine one of the risks is we focus all on the sanctions and don’t look at the other things we should be doing to, over time, to reduce Russia’s leverage on Europe and to move forward with our vision of a Europe whole and free.”

Following Crimea’s reunification with Russia and the conflict in Ukraine, the US and EU imposed sanctions against Russia, which have so far been limited to targeted individuals, while NATO has been increasing its military presence near Russia’s borders.

On Tuesday, US President Barack Obama announced a $1 billion “European Reassurance Initiative” to bolster US military activity in support of NATO allies. Obama has also threatened more sanctions in the event Russia shows more aggression in Ukraine and Eastern Europe. On March 20th, following Crimea’s referendum to rejoin the Russian Federation, the US and Europe began levying sanctions on individuals tied to President Vladimir Putin, including asset freezes, visa bans, and other travel restrictions. Due to opposition from a number of European countries with economic interests in Russia, sanctions on entire sectors have been strongly opposed.

Moscow has repeatedly called the sanctions "counterproductive" and voiced concerns that boosting NATO’s military presence in Eastern Europe is an aggressive tool for the West to pressure Russia.