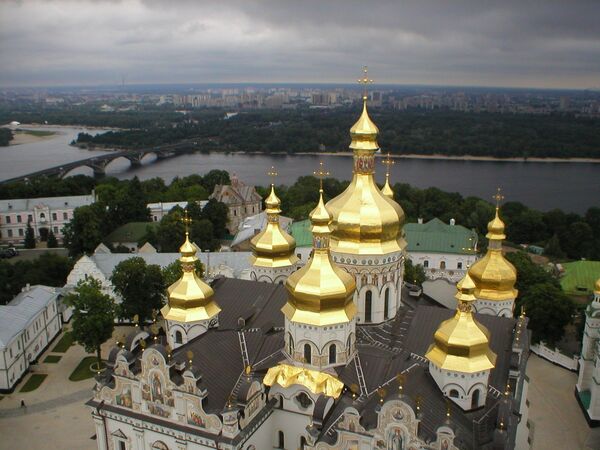 “Unfortunately, recently we have been continuously facing untrue and openly provocative information about our Church. I am surprised by the fact that these people lack integrity as they throw lies about the Church to mass media,” Metropolitan Anthony said in an interview published on the website of the Moscow Patriarchate.

Media reports claimed in December that the Kiev Pechersk Lavra, a historic Orthodox Christian monastery in the Ukrainian capital, has been giving shelter to so-called "titushki" or provocateurs. The Church has denied the reports.

In late February, TV reports claimed that ousted Ukrainian leader Viktor Yanukovych was hiding in a bunker in a monastery in Donetsk. “Shortly after, it became clear that this was a lie. But no one made an official apology to the Donetsk Eparchy,” Metropolitan Anthony said.

On May 2, on the day of the deadly Odessa arson fire, media reports said a priest at a church handed out weapons to worshippers. The Odessa Eparchy dismissed the claims but mass media are still spreading the false reports.

The latest report on May 6, also dismissed by the Church, claimed that the Sviatohirsk Lavra, in the Donetsk region, has closed its doors for worshippers as it currently serves as a base for gunmen.

Ukraine underwent a Western-backed regime change resembling a military coup in February. The country’s parliament ousted President Viktor Yanukovych, changed the constitution and scheduled an early presidential election for May 25. Petro Poroshenko, one of the richest men in Ukraine, won the vote in a landslide victory, garnering some 54.7 percent of ballots.