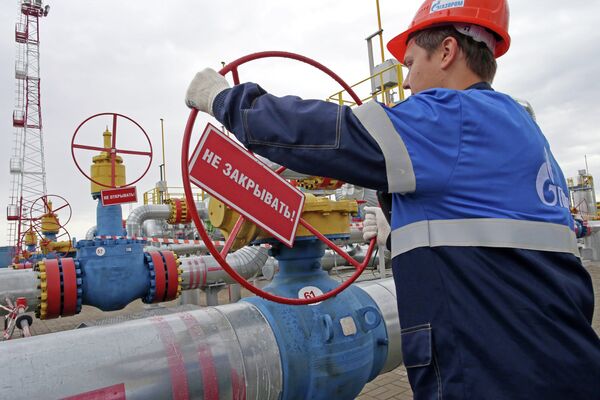 “Gazprom from November up until today has provided invoices but no payments have been undertaken, these figures are building up over the past three months and we are now looking at a $4 billion bill,” Oettinger said.

According to the EU energy commissioner, Russian energy giant Gazprom has still not received payments from Kiev, despite numerous warning that Moscow will be forced to cut supplies if at least part of the debt is not covered by June 3. The Russian side earlier stated that Ukraine owes Gazprom $3.5 billion.

The second round of three-party talks between Russia, Ukraine and the European Union was held in Berlin on Monday. Russian Energy Minister Alexander Novak said Moscow was ready to negotiate on a new price for future gas supplies in case Ukraine at least partly clears its debt by Friday.

Earlier this month, Gazprom announced a switch to a prepayment scheme, in full accordance with the 2009 energy contract between Russian and Ukraine. Following the decision, an advance bill was sent to Naftogaz for June deliveries, with supplies to be suspended starting June 3 if the debt is not repaid.