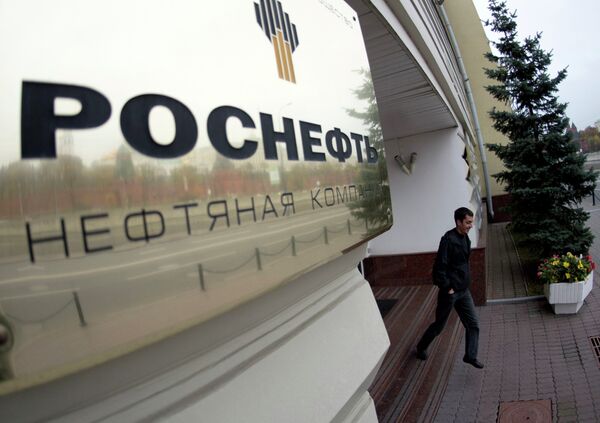 “Under the terms of the loan, if a company or its major shareholder becomes a sanction target, it will have to prepay its debt to the bank within the syndicate of lenders,” the source said.

According to the source, at least three syndicated loans are currently being devised under the new conditions for Sibur, Evraz and Rosneft.

“The Sibur deal had begun even before the sanctions, conditions have been changed several times, some banks decided not to participate in the transaction, but in one form or another, it may soon be completed,” one of the sources reported.

In April, citing a source in the market, RIA Novosti reported that the Sibur deal was dropped by RBS and BofAML, as the parties could not agree on pricing in light of escalating geopolitical tensions.

“Evraz expects to attract about $500-700 million; the deal may be cleared by mid-summer,” the second source reported, adding that Rosneft intends to raise about $4 billion.

According to one of the agency's sources, with the introduction of US and EU sanctions against a number of Russian politicians, businessmen and companies the Loan Market Association (LMA) has revised standards for credit contracts with local corporations. Code-named “sanctions language,” they provide for early repayment of debt in case sanctions are introduced against it or its shareholders.

LMA is an international organization founded in 1996 in London. It has 550 members from 53 countries, including leading commercial and investment banks, international law firms, investors, rating agencies and professional members of the international syndicated loan market.