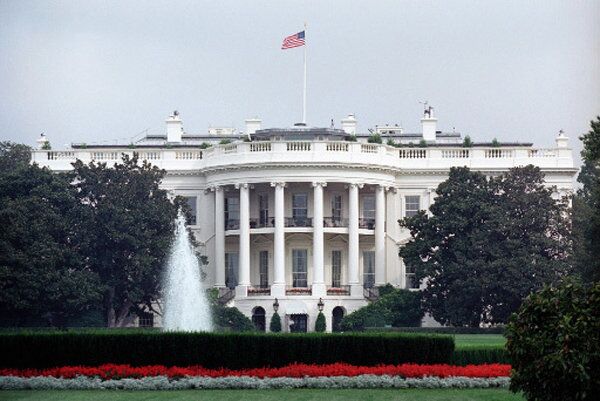 Carney said the sanctions were in response to Crimea’s reunification with Russia, which the United States does not acknowledge, as well as Russia’s stance on Ukraine.

“At the contact group meeting in Geneva on April 17, 2014, Russia, Ukraine, the United States, and the European Union decided on a number of steps to deescalate the situation in eastern Ukraine, including refraining from further violence or provocative acts. Since April 17, Russia has done nothing to meet its Geneva commitments and in fact has further escalated the crisis. Russia’s involvement in the recent violence in eastern Ukraine is indisputable,” Carney said.

“The Department of the Treasury is imposing sanctions on seven Russian government officials, including two members of President Putin’s inner circle, who will be subject to an asset freeze and a US visa ban, and 17 companies linked to Putin’s inner circle, which will be subject to an asset freeze. In addition, the Department of Commerce has imposed additional restrictions on 13 of those companies by imposing a license requirement with a presumption of denial for the export, re-export or other foreign transfer of US-origin items to the companies. Further, today the Departments of Commerce and State have announced a tightened policy to deny export license applications for any high-technology items that could contribute to Russia’s military capabilities,” Carney said.

All of the 17 companies named by the US Treasury are either controlled or linked to individuals and companies mentioned in the previous list of sanctions.

The list also names banks Investcapitalbank and SMP Bank, as well as gas pipeline construction company Stroygazmontazh, owned or controlled by Boris Rotenberg and/or his older brother Arkady, who were sanctioned last month.

Three organizations owned or controlled by Bank Rossiya - group of leasing companies Zest, Investment Company LLC Abros and bank Sobinbank – were also hit by the new round of sanctions.

Speaking in the Philippines ahead of the announcement, President Barack Obama said the goal of the sanctions was “not to go after [Russian President Vladimir] Putin personally,” but “to change his calculus with respect to how the current actions that he’s engaging in could have an adverse impact on the Russian economy over the long haul.”

Moscow has repeatedly warned that talking in the language of sanctions is “inappropriate and counterproductive” and warned its Western partners about the “boomerang effect” that sanctions would have.

The US and EU earlier imposed targeted sanctions against Moscow over its reunification with Crimea, a former region of Ukraine that held a referendum in March in which 96 percent of population voted for integration with Russia.

The assets of several Russian politicians, lawmakers and businessmen, were frozen; they were also banned from receiving to visas. The G7 countries also threatened Russia with broad economic sanctions in case of further escalation of the situation in Ukraine.

US President Barack Obama said Sunday at a press conference in Malaysia that sanctions against certain sectors of the Russian economy will be effective only if the US and the EU act together.