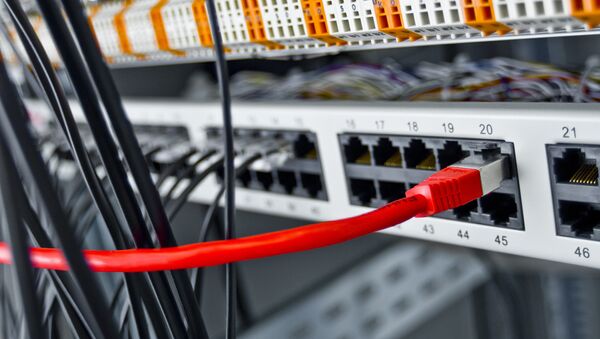 Maxim Kavdjaradze, a member of Russia’s upper house of parliament, said the system could be financed by regional governments and be named Cheburashka, after one of the most famous Soviet cartoon characters.

“We should think about how to create our own information system in Russia to pull out from under the US wing, otherwise information leaks will continue,” Kavdjaradze said during a discussion on a law on bloggers at a session of the Federation Council.

The senator said Russia could create such a system together with other Collective Security Treaty Organization (CSTO) member states – Belarus, Armenia, Kazakhstan, Kyrgyzstan and Tajikistan – or with countries in the Asia-Pacific region.

“We have the prime minister [Dmitry Medvedev] both on Facebook and Twitter and everyone has started sitting on social networks and telling where they have been and where they go. Someone on the servers is storing up this information,” Kavdjaradze said.

Creating such a system is an issue of information security to protect the country from “information attacks, cyber-attacks and attempts to split society,” he added.

Similar proposals on a range of infrastructure projects independent from Western countries have been on the rise as the country’s economy was recently subjected to US sanctions.

On Friday, Russia’s lower house of parliament passed a bill to establish a national card payment system in a bid to diversify the country’s financial system away from global powerhouses Visa and MasterCard, which denied services to several Russian banks under the sanctions.

As a reaction to Crimea reunifying with Russia last month, the US introduced targeted sanctions against Russian officials and Rossiya Bank, considered by the US Treasury to be a private bank for many Russian government officials.

Following the move, international payment system operators Visa and MasterCard stopped client operations for cardholders at Rossiya Bank, SMP Bank, as well as their subsidiaries Sobinbank and Investkapitalbank with no prior notice, causing a serious drop in the consumer confidence of the banks.

Bank Rossiya reacted to the sanctions by closing all its correspondent accounts in US banks, announcing it will operate only on the domestic market using the ruble.

Moscow has repeatedly criticized Washington for using the “language of sanctions” against Russia, saying the move was counterproductive and mutually destructive.