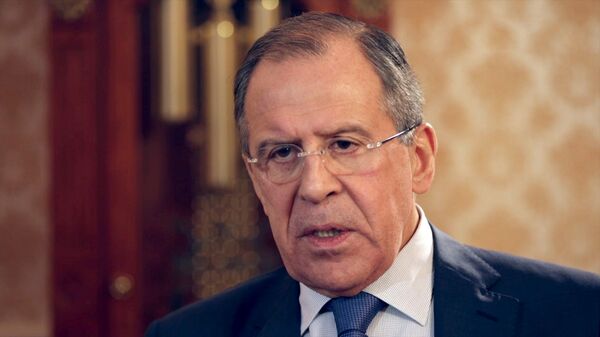 “We have no doubt that the first steps should be taken by Kiev’s authorities. This is absolutely undeniable,” Lavrov said.

Lavrov added that the coup-imposed Kiev authorities should acknowledge their responsibility in a February 21 reconciliation deal and last week’s international agreement reached in Geneva.

On February 21, Ukrainian authorities and opposition leaders signed an agreement backed by the European Union on settling the crisis, including the establishment of a national unity government within 10 days.

The next day, Ukraine underwent a regime change resembling a military coup. The country’s parliament ousted President Viktor Yanukovych, changed the constitution and scheduled an early presidential election for May 25.

Moscow has repeatedly questioned the legitimacy of these actions and has called on the sides to abide by the February 21 agreement. Eastern and southeastern cities of Ukraine refused to accept the legitimacy of Kiev authorities and have been staging protests since March.

In a bid to de-escalate the ongoing conflict, top diplomats from Russia, Ukraine, the United States and the European Union approved a statement on April 17 calling on the sides in Ukraine to refrain from violence, extremism and provocations, disarm militants and launch a national dialogue on constitutional reform.

In violation of the Geneva deal, a group of unknown gunmen, allegedly members of the Right Sector far-right group, killed at least three people in an attack on a checkpoint near Slaviansk this weekend. The Russian Foreign Ministry dismissed the attack as “provocation” that pointed to Kiev's reluctance to disarm nationalists and extremists.