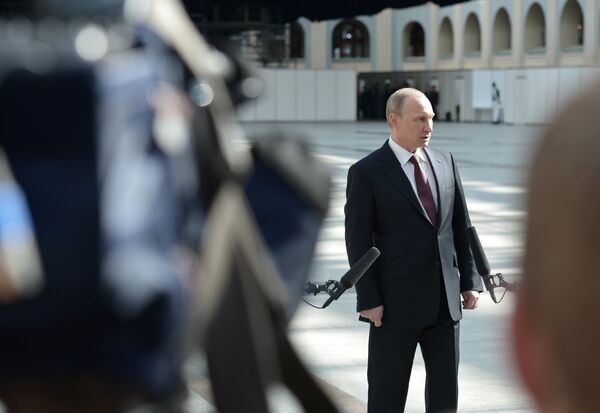 Italy, which has recently seen a new leadership come to power, will hold the EU presidency from July until December.

“We note that despite the cabinet change and the internal political processes, which is natural for any modern civilized country, Italy has retained warm and comradely attitudes toward Russia,” Putin told reporters after a televised question and answer session with the Russian public.

“We have high hopes that Italy will give a new impetus to the development of relations between Russia and the European Union,” Putin said.

“Italy is one of Russia’s closest partners in Europe. The two countries are enjoying intensive cooperation in almost all spheres and share common views on many international political issues,” the Russian Foreign Ministry said in a statement.

Italy is Russia’s fourth largest trading partner and investment between the two countries is continually advancing. In recent years, Russian investments in Italy have grown to $500 million. Italian investments in Russia are estimated at around $1 billion.