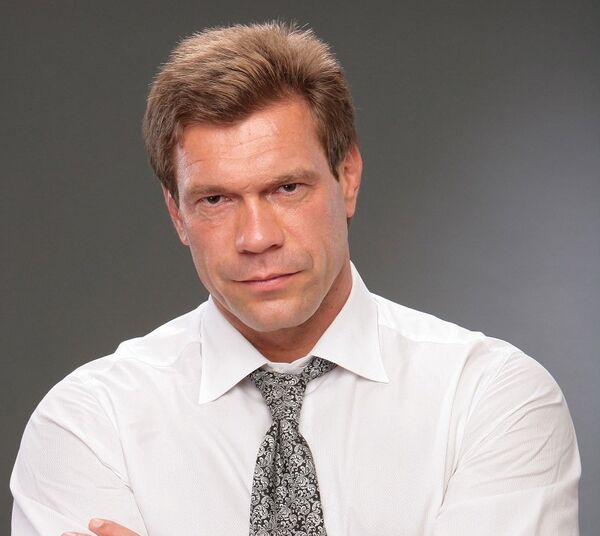 Oleh Tsarev, a presidential candidate in Ukraine's upcoming May 25 election, has been brutally beaten by radicals in Kiev and is now in critical condition, a spokesman for the candidate said Tuesday.

MOSCOW, April 15 (RIA Novosti) – Oleh Tsarev, a presidential candidate in Ukraine's upcoming May 25 election, has been brutally beaten by radicals in Kiev and is now in critical condition, a spokesman for the candidate said Tuesday.

Tsarev, known as an active pro-federalization supporter, was trapped together with his team inside the ICTV media building late Monday as he arrived to participate in the Ukrainian talk show, “Svoboda Slova," meaning “Freedom of Speech."

As Tsarev approached an angry mob near the building, he was pelted with eggs. “The government’s security forces rescued Tsarev with great difficulty,” the spokesman said, adding that he was taken away by law enforcement in a white minibus.

The cars of Tsarev's caravan were damaged and their tires were slashed, the spokesman said.

Unidentified attackers also blocked and damaged the vehicle of another presidential candidate, Mikhail Dobkin, who was reportedly hit by a barrage of green antiseptic solution and flour.

Both candidates were scheduled to join a third presidential candidate, Ukraine's former Prime Minister Yulia Tymoshenko, on the talk show.

Konstantin Dolgov, the Russian Foreign Ministry's Commissioner for Human Rights, Democracy and the Rule of Law, condemned the attack as violating a free and democratic election and also criticized the West’s “shy silence” towards the reports.

Tsarev, 43, a former People's Deputy of Ukraine for the Party of Regions, has chaired the Anti-Fascist Forum of Ukraine since 2011. He formerly served as an adviser to Ukrainian Prime Minister Mykola Azarov, who was ousted in February as a result of the coup in the country that month.

After the attack, Tsarev said that he would not withdraw his candidacy from the presidential election.

A total of 23 candidates will take part in the poll, 16 of them being self-nominees.

Ukraine faced a regime change in February when the country’s parliament, backed by far-right movements, ousted President Viktor Yanukovych, amended the constitution and scheduled early presidential elections for May 25.

Moscow has described the events in Kiev as an illegitimate fascist coup and a military seizure of power.