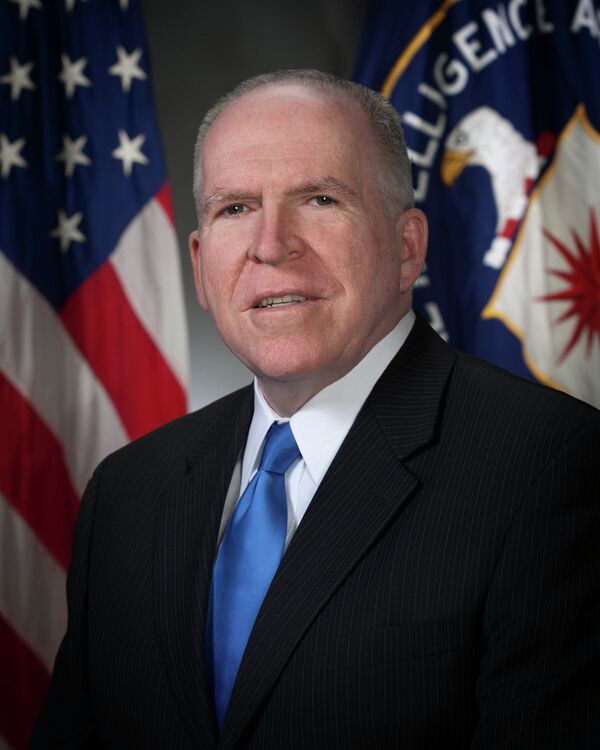 The Central Intelligence Agency rejected reports Monday that its director, John Brennan, orchestrated an operation in southeast Ukraine over the weekend against protesters rallying in support of federalization.

MOSCOW, April 14 (RIA Novosti) – The Central Intelligence Agency rejected reports Monday that its director, John Brennan, orchestrated an operation in southeast Ukraine over the weekend against protesters rallying in support of federalization.

Ukrainian security forces launched the operation to quash unrest in Slaviansk in the country's Donetsk Region against demonstrators who had seized local government buildings. At least one person was killed and nine injured in the clashes, according to local health officials. Activists said at least three people died.

“The claim that Director Brennan encouraged Ukrainian authorities to conduct tactical operations inside Ukraine is completely false. Like other senior US officials, Director Brennan strongly believes that a diplomatic solution is the only way to resolve the crisis between Russia and Ukraine," CIA spokesman Todd Ebitz was quoted by the Los Angeles Times as saying.

The spokesman declined to comment on Brennan's recent travel itinerary.

Media reports emerged Sunday that the CIA director made a secret trip to Ukraine's capital Kiev under an assumed name, met with senior law enforcement officials and personally proposed the special operation against protesters.

Yanukovych said Brennan’s meeting with Ukraine's new leadership "in fact sanctioned the use of weapons and provoked bloodshed in Ukraine.”

A source close to Ukrainian security agencies RIA Novosti that Brennan traveled to Kiev on Saturday and met with senior officials before the Ukrainian Interior Ministry announced the start of the operation against pro-federalization protesters.