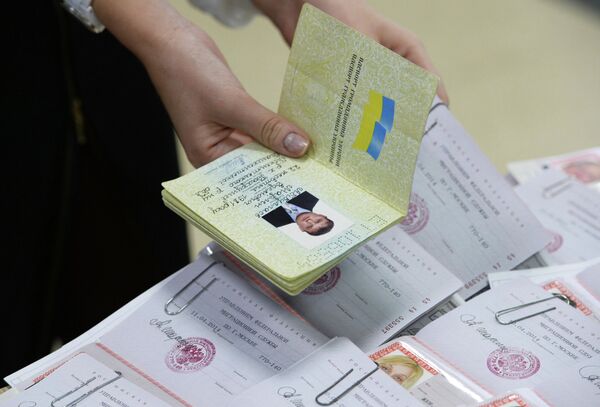 MOSCOW, April 11 (RIA Novosti) – Ukrainians file the most requests for asylum in Russia of all nationalities, a senior Russian migration official told RIA Novosti on Friday.

"Ukraine is leading at the moment. Over a thousand people have already applied for temporary asylum status and more than 200 have applied for refugee status," said Valentina Kazakova, the head of the Russian Federal Migration Service’s citizenship department.

The next largest groups of asylum seekers come from Syria, Afghanistan and Georgia.

“There is no decline in the number of appeals. Around 5,000 people appeal to our service every day in just the eight regions [Moscow and neighboring areas],” Kazakova said.

The number of requests made in other Russian regions is “slightly less,” she added.

The Federal Migration Service said last month it has noted a sharp spike in applications for Russian citizenship from Ukrainian citizens residing in the country.

In February alone, migration from Ukraine to the nearby Rostov region increased by 53 percent, while exodus to the Kursk region rose by 71 percent, showing signs of a looming “humanitarian catastrophe,” according to the border guard service.

In February, the Ukrainian parliament backed by far-right movements ousted from power President Viktor Yanukovych, amended the constitution and scheduled an early presidential election for May 25.