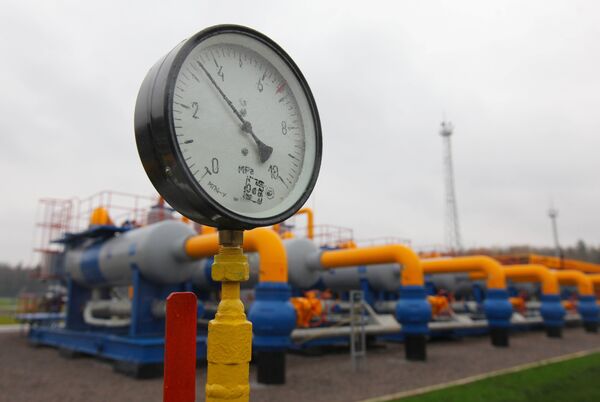 Russian energy giant Gazprom said Tuesday it would increase gas prices for Ukraine by $100 per 1,000 cubic meters from April 1 as the crisis-hit country has failed to pay for last year's deliveries, Prime business news agency has reported.

"In line with the current contract on delivering gas, the price for Ukraine in the second quarter [of 2014] will be $385.50," Gazprom CEO Alexei Miller said.

The Kremlin said last month that there were no legal grounds for the continuation of another $100 discount, which Ukraine received under a 2010 deal, as the discount was premised on the continuation of a basing agreement for Russia's Black Sea Fleet in the Crimean port of Sevastopol, which is no longer part of Ukraine.

After the agreement is officially nullified by Russia, Ukraine will have to pay $485.50 per 1,000 cubic meters of gas. Gazprom charges its European buyers $370 on average.

Ukraine's tariff for the transit of Russian gas destined for Europe will be increased by 10 percent from the second quarter of the year, he said.

Under the December deal, Russia agreed to cut the price to $268.50 per 1,000 cubic meters of gas from around $400 starting at the beginning of this year. The deal stipulated a quarterly revision of the price.

Russia also offered Ukraine $15 billion in loans, but after the first tranche of $3 billion froze further payouts when Yanukovych was ousted last month as a result of an illegitimate coup.