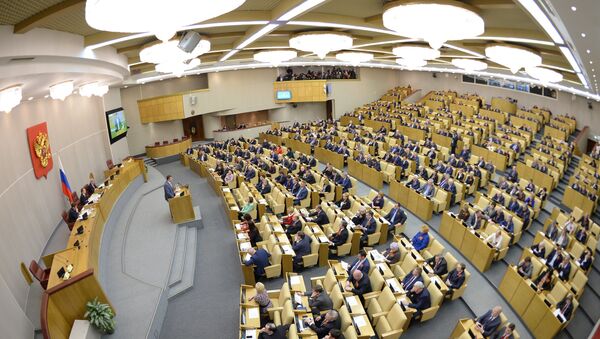 A total of 445 State Duma deputies supported the ratificiation and only one voted against.

President Vladimir Putin signed the treaty with Crimean Prime Minister Sergei Aksyonov and other Crimean leaders on Tuesday following a referendum in which some 96.7 percent of voters backed joining Russia.

The treaty, which sparked the most serious geopolitical showdown between Russia and the West since the end of the Cold War, was unanimously approved by the Russian Constitutional Court on Wednesday.

Crimea, previously an autonomous republic within Ukraine, refused to recognize the legitimacy of the government in Kiev that came to power amid often violent protests last month and sought reunification with Russia after 60 years as part of Ukraine.