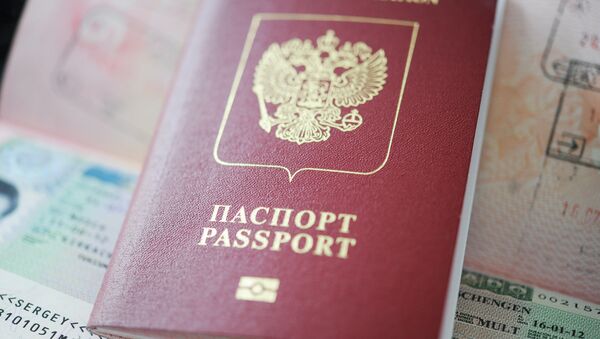 EU leaders decided on Thursday to freeze negotiations with Russia on a visa-free regime and a new cooperation agreement, the European Council president said.

After six hours of talks, the leaders of the 28 EU member states who gathered for the extraordinary meeting in Brussels agreed on a three-step series of sanctions to punish Russia for a contested military incursion in Ukraine’s Crimea region.

The leaders agreed that the punishment should start with an immediate suspension of talks on a new comprehensive economic and political pact with Russia.

"The solution to the crisis should be found through negotiations between the governments of Ukraine and the Russian Federation, including through potential multilateral mechanisms," Herman Van Rompuy said. "Such negotiations need to start within the next few days and produce results within a limited time frame."

“If there is no de-escalation, the EU will decide on additional measures, such as visa restrictions, asset freezes and cancellation of the Russia-EU summit,” he said.

Russian officials have earlier played down the importance of sanctions, with President Vladimir Putin saying such measures would cause mutual damage.

Russian Foreign Ministry spokesman Alexander Lukashevich said his country’s response to any type of sanctions “will not necessarily be a proportionate one.”

Russia’s envoy to the EU, Vladimir Chizhov, said in an interview earlier this week that talks between Moscow and Brussels on a visa-free regime have already been “de-facto frozen by the EU.”

Although many European countries are in favor of imposing tough sanctions on Russia, there are also reservations because many of them rely heavily on Russian oil and gas.

Polish Prime Minister Donald Tusk described the EU discussions on sanctions as “stormy,” but said that the leaders’ action was even more far-reaching than expected.

The current standoff between Russia and the West was sparked by disputes over the fate of Crimea, an autonomous Ukrainian region with a majority ethnic Russian population.

Crimean authorities have refused to recognize as legitimate the new central government in Kiev, which ousted President Viktor Yanukovych late last month, and on Thursday they announced a decision to become part of Russia. A referendum on the issue is slated for March 16.

Speaking on behalf of EU member states, Van Rompuy condemned the referendum, saying that it would be in breach of the Ukrainian constitution and thus illegal.

He said the EU will sign the political part of an association agreement with Ukraine before the May 25 presidential elections in the country. However he did not say when the economic section of the pact, including the free-trade zone agreement, will be signed.

EU leaders supported the European Commission’s initiative to provide Ukraine with 11 billion euros ($15.2 billion) in loans and grants. The aid matches Russian President Vladimir Putin's previous offer, which rewarded Yanukovich for his surprise decision to ditch the signing of the EU agreement.

The money will be allocated “over the next couple of years, from the EU budget and EU-based international financial institutions” and are intended “to assist a committed, inclusive and reforms-oriented Ukrainian government.”

Updates with quotes, details of the negotiations, adds information about loan to Ukraine