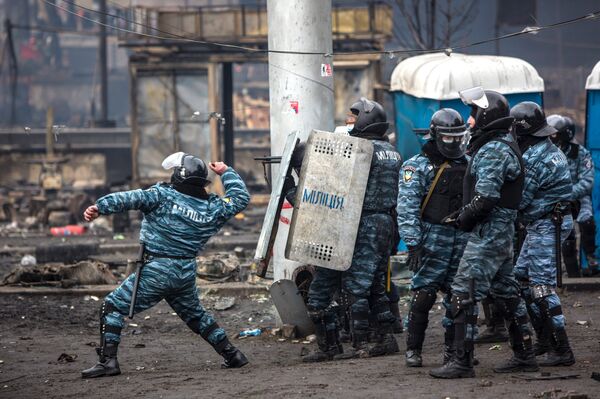 The acting Interior Minister of Ukraine has announced that a riot police force deployed against anti-government protesters in the bloody unrest that culminated with the toppling of the president is to be disbanded.

KIEV, February 26 (RIA Novosti) – The acting Interior Minister of Ukraine has announced that a riot police force deployed against anti-government protesters in the bloody unrest that culminated with the toppling of the president is to be disbanded.

Arsen Avakov wrote on his Facebook account that he signed a decree on the liquidation of the Berkut unit on Tuesday.

The proposal to dissolve Berkut was put forward earlier this week by the nationalist Svoboda party, which played a key role in the street protest movement.

Berkut was relentlessly deployed by the now-ousted President Viktor Yanukovych’s government to contain and quell the demonstrations sparked in late November by a sudden decision to cancel Ukraine’s planned deal to forge closer trade and political ties with the EU.

Within days of the start of a sit-in protest in the capital’s central Independence Square, Berkut forces were dispatched to forcibly break up tent dwellings in a tactical miscalculation that added impetus to the demonstrations.

Later, they were frequently used as frontline defense against radical protesters seeking to march on government buildings and came under much criticism for their allegedly excessively aggressive treatment of demonstrators.

Their supporters have argued, however, that police had no choice in adopting heavy-handed measures in facing off rioters typically armed with sticks, shields, bricks, Molotov cocktails and, reportedly in some cases, lethal firearms. 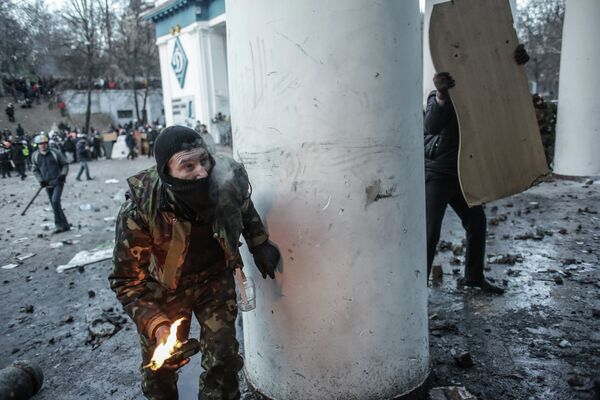 Around 100 people, including more than a dozen police officers, were killed at the peak of the violence last week, many of them from gunshot wounds.

The authorities installed after Yanukovych’s sudden flight from the capital, Kiev, over the weekend accuse the former president of direct responsibility in the bloody crackdown on protesters and have said they want to see him tried in an international tribunal.