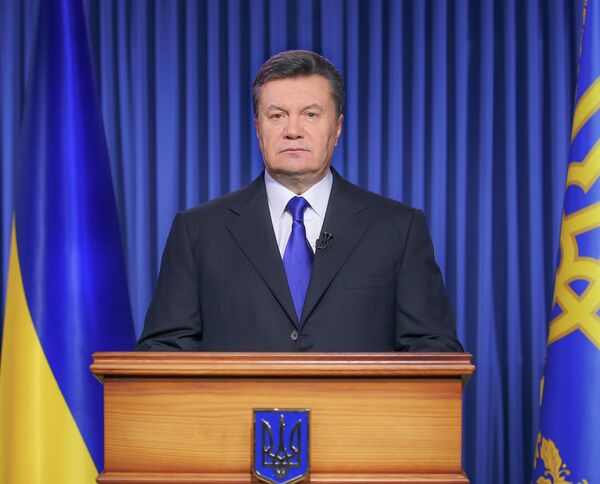 The reason for the dismissal was not immediately clear, but Zamana was quoted by the AFP news agency earlier this month as saying that "no-one has the right to use the armed forces to limit the rights of citizens."

Yanukovych appointed Adm. Yuriy Ilyin, previously the head of the Ukrainian navy, as the new chief of the armed forces.

The presidential decree was published shortly after Ukraine’s main government security agency, the SBU, declared what it called a nationwide anti-terrorism operation.

Ukraine’s defense ministry earlier said that its soldiers might take part in the operation by protecting vital military locations from “takeover attempts by terrorists.”