Russian Pilot Jailed in US Appeals to Putin for Transfer 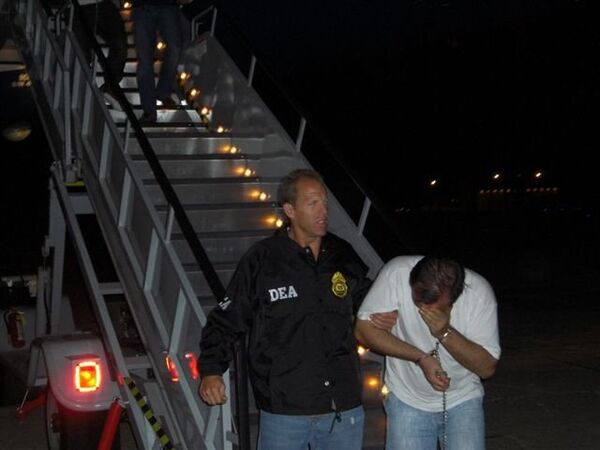 © Photo : by Konstantin Yaroshenko's lawyer
Subscribe
A Russian pilot sentenced to 20 years in prison in the US for drug trafficking has appealed to President Vladimir Putin to facilitate his transfer back to Russia, his lawyer said Sunday.

NEW YORK, February 17 (RIA Novosti) – A Russian pilot sentenced to 20 years in prison in the US for drug trafficking has appealed to President Vladimir Putin to facilitate his transfer back to Russia, his lawyer said Sunday.

In his letter, Konstantin Yaroshenko said he was critically ill and urged Putin to personally contact US President Barack Obama about his case, Russian media has reported.

“In Russia I have a wife, a daughter and a 73-year-old mother who I have not seen for many years and who I want to see at least one more time,” Yaroshenko wrote.

Russian Foreign Minister Sergei Lavrov condemned Yaroshenko’s treatment Monday and said that Russian doctors should be allowed to treat him.

“Today we were promised he would be seen by doctors. We insist that in addition to the prison doctors, he should be examined by doctors from Russian organizations in the United States,” Lavrov said at a news conference Monday.

Lavrov also accused US officials of lying, saying that they had earlier told Russia that Yaroshenko had not asked for medical help.

The Foreign Ministry said last week that the United States’ refusal to extradite the pilot was inadmissible and warned that it would harm bilateral ties.

Yaroshenko was detained by US law enforcement officers in the African state of Liberia in 2010 before being taken to the US to stand trial.

He pleaded innocent to drug trafficking but was convicted and sentenced in April 2011 for colluding to smuggle cocaine into the United States.