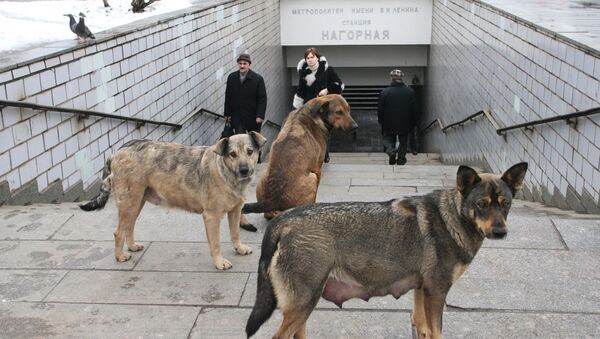 “The suspect has confessed. He said he learned online how to prepare concoctions that can kill dogs, in what doses they should be given and where the ingredients can be bought,” local police said in a statement.

Authorities believe the man preyed on the canines from May of last year until January. It was not clear from the statement how many of the animals had died as a result of the poisoning.

The man has been released on his own recognizance subject to travel restrictions.

Under Russian law cruelty to animals is punishable by up to six months in jail, though animal rights activists complain that perpetrators are rarely brought to justice.

Stray dogs are a common sight on the streets of Russian towns and cities. In recent years the country has seen a spate of “dog hunters” – people who leave out poisoned food in parks and public gardens – that has resulted in the deaths not only of strays, but also of many beloved family pets.