Russian Mayor Says There are No Gays in Sochi – Report 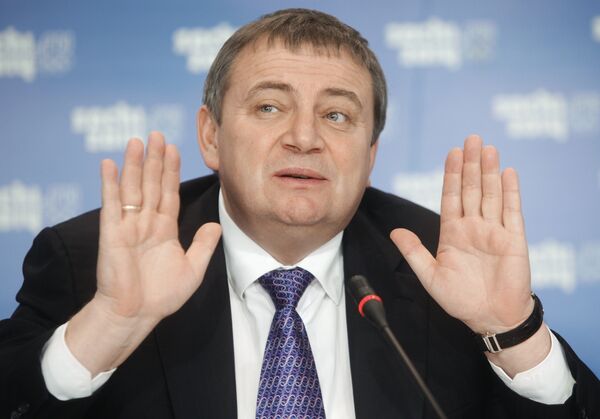 © RIA Novosti . Mikhail Mokrushin
/
Go to the photo bank
Subscribe
No gay people live in the Olympic host city of Sochi, the Russian resort’s mayor told the BBC in an interview.

MOSCOW, January 27 (RIA Novosti) – No gay people live in the Olympic host city of Sochi, the Russian resort’s mayor told the BBC in an interview.

“It's not accepted here in the Caucasus where we live. We do not have them in our city,” Sochi mayor Anatoly Pakhomov said when asked about gay people, according to the BBC.

Gay rights in Russia have become a controversial issue ahead of the Winter Olympics in Sochi after Russia passed a law last year forbidding the promotion of non-traditional sexual relationships to minors.

The interview is being broadcast Monday during an investigation into the Olympics by the BBC’s Panorama program. It reportedly also includes interviews recorded in a Sochi gay bar.

Sochi’s mayor appeared to backtrack later in the BBC interview when pressed if he really believed that there was not a single gay person in Sochi.

“"I am not sure,” Pakhomov said, according to the BBC. “But I don't bloody know them.”

Russia’s President Vladimir Putin said last week that gay people were welcome to visit Sochi during the Games, which start on February 7, but warned them to “leave children alone.”

US President Barack Obama will not attend the event and his nomination of two gay former athletes to his country’s delegation has been widely interpreted as a comment on the Russian law.