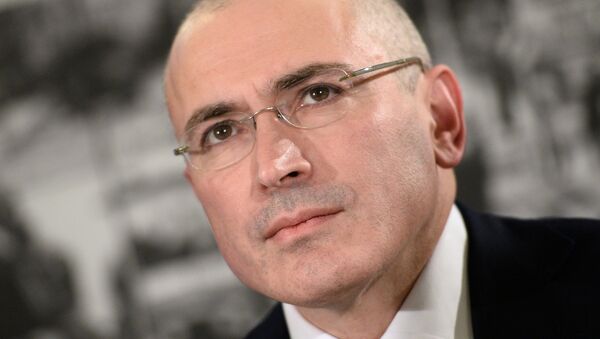 Platon Lebedev was jailed in 2003 and then convicted of tax evasion in 2005 and embezzlement and money laundering in 2010, charges that his supporters have maintained were Kremlin retribution for Khodorkovsky’s political ambitions.

Lebedev’s lawyer said Thursday that his client could be released from jail later in the day.

“If all the procedures are completed soon, Lebedev could be released today,” lawyer Vladimir Krasnov told the RAPSI legal news service.

Khodorkovsky was freed as part of a wide-ranging presidential amnesty late last year.

The Supreme Court’s presidium ruled to reduce Lebedev’s sentence while considering a motion to annul the verdicts against him and Khodorkovsky.

The presidium also stated Thursday, however, that Khodorkovsky and Lebedev should remain liable for 17 billion rubles ($500 million) in unpaid tax bills owed by the now-defunct Yukos oil company.