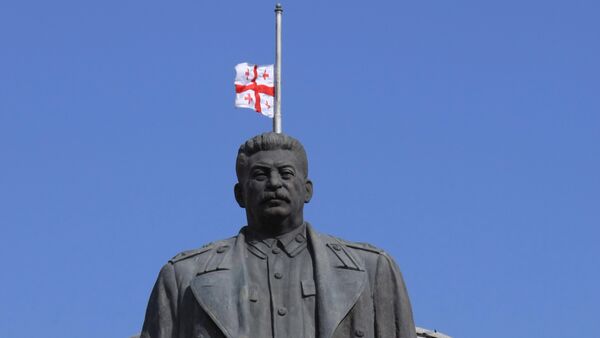 A statue of Soviet leader Josef Stalin was demolished on Tuesday in the eastern Georgian city of Telavi months after being vandalized, local media said.

TBILISI, December 31 (RIA Novosti) – A statue of Soviet leader Josef Stalin was demolished on Tuesday in the eastern Georgian city of Telavi months after being vandalized, local media said.

The three-meter-high statue, part of a World War II memorial, was commissioned by the local Stalinets social group and the Union of Veterans in September, but was vandalized with red paint hours after being unveiled.

The vandals also wrote “Murderer,” “Down with Stalinism!” and swear words on a nearby wall.

The city municipality denied issuing any permission to install the statue and ordered it to be removed within five days.

Activists said they were not going to comply with the administration’s order and announced the start of a campaign to collect signatures in support of the statue.

The authorities had to allocate about $400 from the city budget to eventually tear the monument down.

Stalin evokes mixed memories in Russia and other former Soviet republics, particularly in his native Georgia.

While being credited with leading Russia to victory in World War II and strengthening the country, he is also remembered for sending millions of people to death in concentration camps during the infamous purges of the 1930s, and for carrying out particularly savage repressions in the Caucasus, including Georgia.