Putin Says Russia Will Fight Terrorists Until All Are ‘Eliminated’ 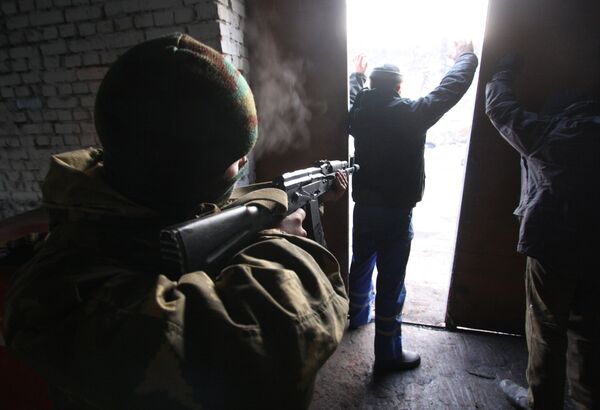 Russian President Vladimir Putin said Tuesday that his country would continue to battle terrorists until all are eliminated.

KHABAROVSK, December 31 (RIA Novosti) – Russian President Vladimir Putin said Tuesday that his country would continue to battle terrorists until all are eliminated.

“Dear friends, we bow our heads before the victims of cruel terrorist attacks. We will continue fighting terrorists in a confident, tough and relentless manner until they are completely eliminated,” Putin said in his New Year’s celebratory address to residents of the Russian far-eastern city of Khabarovsk.

Putin on Tuesday paid a surprise visit to Khabarovsk, which had been hit by devastating floods in late August and early September.

Two separate suicide bombings in the southern Russian city of Volgograd ripped through Volgograd’s railway terminal on Sunday and a trolleybus on Monday, killing a total of 34 people.

Another attack by a female suicide bomber on a commuter bus in Volgograd in October killed six people and injured 37.