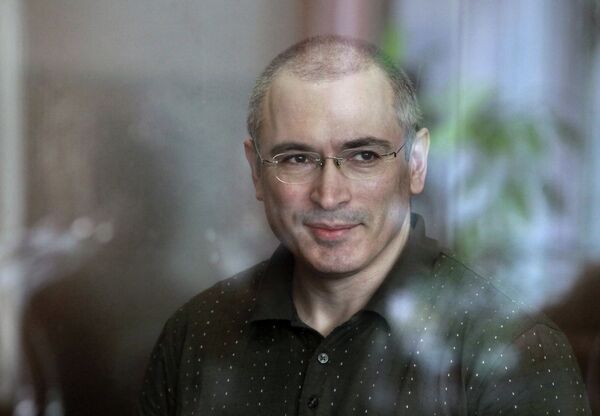 Khodorkovsky, who was released Friday on a presidential pardon, said in a statement he had asked President Vladimir Putin for clemency due to family circumstances.

Once Russia’s richest man, Khodorkovsky, who has maintained his innocence claiming that the charges against him were politically motivated, denied that he had admitted guilt in his request for a presidential pardon.

“The issue of admission of guilt was not raised,” said Khodorkovsky, who flew to Germany after his release. Khodorkovsky is expected to hold a press conference Sunday, political analyst Alexander Rahr told Voice of America.

Putin said he decided to sign the pardon after receiving a request for clemency from Khodorkovsky, citing his mother’s deteriorating health. Putin's spokesman Dmitry Peskov told reporters Thursday that submitting a pardon request meant that Khodorkovsky has admitted guilt.

In an interview with AFP Saturday, Peskov said: “[Khodorkovsky] is free to return to Russia. Absolutely," but declined to say whether there are any conditions for the release.

Khodorkovsky had spent more than a decade in prison following his arrest on a Siberian runway in 2003 and two subsequent convictions for fraud, tax evasion and embezzlement. He drew unwelcome attention from the authorities early on in Putin’s first presidential term by actively supporting and funding opposition parties.