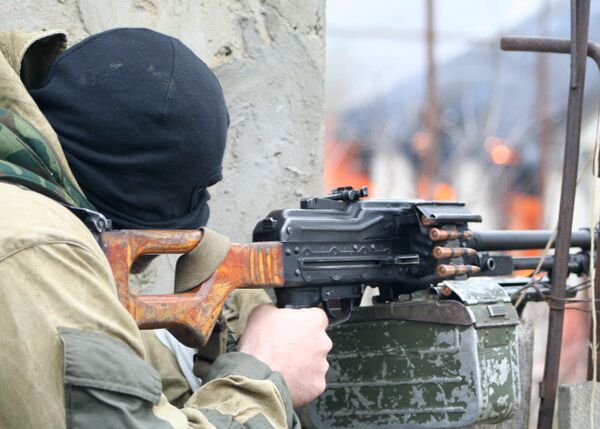 © Photo : NewsTeam
/
Go to the mediabank
Subscribe
International
India
Africa
A police officer was killed and three others wounded by gunmen in Dagestan, the regional Interior Ministry reported Tuesday.

The man killed in the gunfight was identified as Kurban Omarov. He had the same name, date and place of birth as a man suspected of involvement in a recent bombing of a bus in the southern city of Volgograd.

One police officer was also confirmed as having been killed and three people were wounded in the confrontation that ensued when a group of gunmen opened fire on a group of policemen in the capital of Dagestan, Makhachkala.

The National Anti-Terrorism Committee has not confirmed that the Omarov named Tuesday was the same as the one linked to the October 21 attack in Volgograd.

Seven people were killed and dozens injured as a result of the attack in which a presumed woman identified as 30-year-old Naida Asiyalova, from Dagestan, is presumed to have blown herself up on a passenger bus in Volgograd.

Attacks on law enforcement and security personnel are frequent in the North Caucasus. A violent Islamist insurgency that had its roots in separatist wars in Chechnya has spread to neighboring republics.