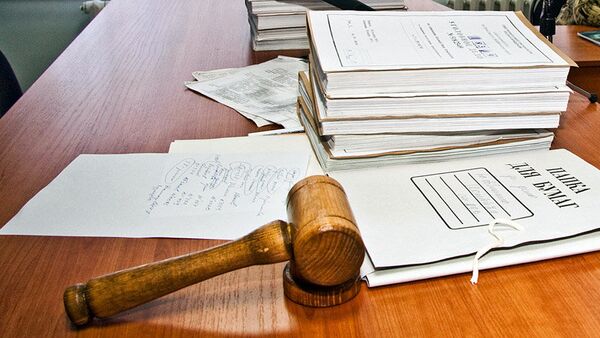 © RIA Novosti
Subscribe
A Moscow court convicted four white supremacists of planning to detonate a bomb at an antifascist concert in what could have been the loudest blast of a covert street war.

MOSCOW, November 21 (RIA Novosti) – A Moscow court convicted four white supremacists of planning to detonate a bomb at an antifascist concert in what could have been the loudest blast of a covert street war.

The four members of the unregistered People’s National Party were given between 8 1/2 and 12 years in prison on Wednesday.

The men targeted a punk rock show that was to take place as part of a national congress of antifascist activists in 2010, investigators said.

The show was canceled, and the four 20-somethings were busted with a bomb later that year.

They reportedly said after being arrested that the attack was meant “for the benefit of true representatives of the Russian people.”

The group allegedly planned to test their homemade explosives by blowing up a Karl Marx monument in Moscow, the Moskovsky Komsomolets newspaper said.

The suspects, who had a previous criminal record, pleaded not guilty and promised to appeal the conviction, the Kommersant daily said Thursday.

A vicious neo-Nazi movement formed in Russia in the 2000s, with dozens of independent groups hunting migrants in the streets and challenging rival antifascist groups.

Though knives and metal rods were the prime weapons of choice in street fights, several antifascist activists were shot dead, and a market in eastern Moscow, staffed by migrants, was blown up by nationalists in 2006.

Police have cracked down on the extreme right in recent years, sending several skinhead gangs to jail on multiple murder charges.