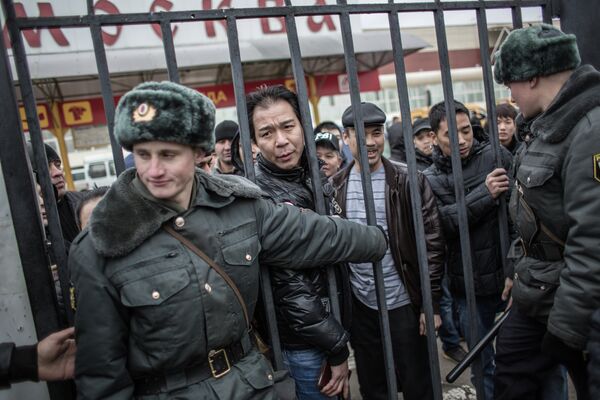 Among those detained at the Moskva market hall in southeastern Moscow was a group of apparent illegal migrants who tried to flee in a car trunk, senior Moscow police official Yury Nagorny said.

The Moscow authorities have in recent months staged a series of police raids on the city’s market places that employ many migrants from former Soviet republics. Over 600 market workers were briefly held in a similar sweep Tuesday at another market in the city.

The authorities say the move is an attempt to root out crime in the capital, although critics have dismissed the tactic as a populist stunt.

In October, hundreds of nationalist protesters rioted at a Moscow market after a local man was knifed to death by a man the police later said was from Azerbaijan.