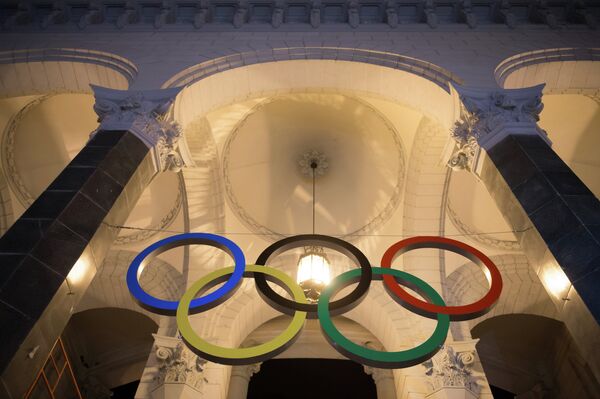 © RIA Novosti . Mikhail Mokrushin
/
Go to the photo bank
Subscribe
The Russian government should have avoided international outcry by waiting to pass its controversial gay propaganda law until after it hosts next year’s Winter Olympics, Sports Minister Vitaly Mutko says.

MOSCOW, November 18 (R-Sport) – The Russian government should have avoided international outcry by waiting to pass its controversial gay propaganda law until after it hosts next year’s Winter Olympics, Sports Minister Vitaly Mutko was quoted as saying Monday.

In June, Russian President Vladimir Putin signed into law a bill forbidding the promotion of homosexuality to minors, which has given rise to calls from some activists to boycott the February 7-23 Olympics in Sochi.

While the law’s proponents argue that it is aimed at protecting children from harmful influences, critics allege that the move restricts freedom of speech and is part of a broader crackdown on Russia’s gay community.

“Perhaps the state authorities should have waited a little to include the ban on homosexuality propaganda in the law,” Mutko told the RBC news agency.

“It was possible to calculate how much resonance it would cause in the West, especially in the run-up to the Sochi Olympics.”

International opposition to the law is founded on resentment of Russia’s strength, Mutko suggested.

“The West’s reaction to the law is part of the relationship to our country. Russia is gaining momentum in all areas, including in sports,” he said. “No one in the world needs that. They liked it when we were weak.”

Putin has said there will be no “discrimination against people on any basis whatsoever” at the Games.

“We oppose boycotts of any kind,” Bach said. “Boycotts are a fundamental contradiction to the spirit of sport, depriving it of the means to continue working for peace, mutual understanding and solidarity.”

Bach did not refer to any specific calls to boycott Sochi.