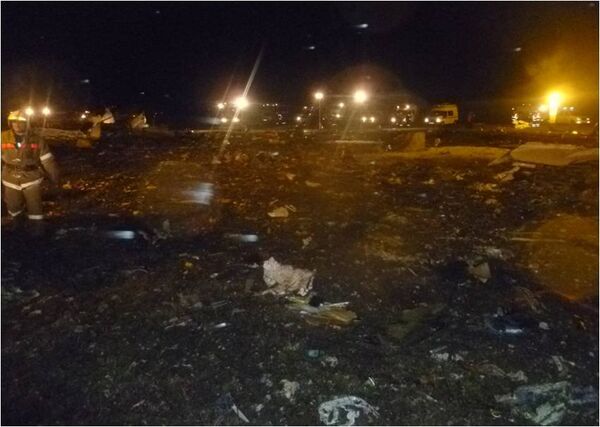 MOSCOW, November 17 (RIA Novosti) - A total of 50 people were killed as a passenger jet crashed on landing in the city of Kazan in Russia’s republic of Tatarstan, the Emergencies Ministry reported Sunday.

The jet, a Boeing 737 belonging to Tatarstan Airlines, bound from Moscow to Kazan, with 44 passengers and six crew on board, crashed at about 19:30 Moscow Time (1530 GMT). Ministry spokeswoman Irina Rossius said there was an explosion. 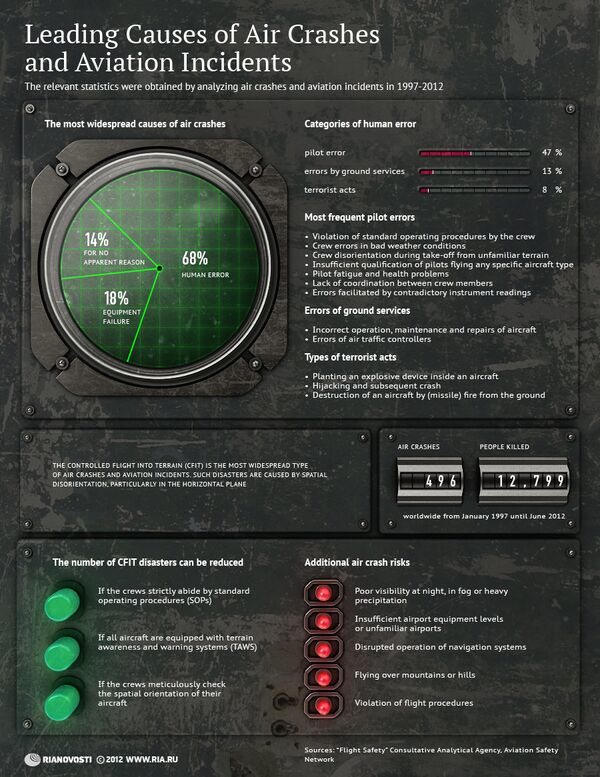 The pilot was making a second landing attempt and the jet lost altitude, hitting the ground, according to reports. A spokesman for Federal Air Transport Agency Rosaviatsiya said the airport in Kazan is closed.

The flight recorders have not been found yet. The search and rescue operation on the crash site has ended, the operational headquarters said.

Crew error is believed to be one of the possible reasons for the crash, a law enforcement source said. Weather conditions and a possible technical malfunction may also be to blame, investigators said.

Russian President Vladimir Putin has ordered the government to establish a commission to investigate the crash, his spokesman Dmitry Peskov said, adding that Putin expressed condolences to the close ones of those killed in the crash.

The Russian Transportation Ministry has established a commission to deal with the crash consequences. Minister Maxim Sokolov leads the commission.

The plane has been used since 1990, Tatarstan Airlines told media. The air carrier has leased the plane since 2008.

Relatives of the crash victims will receive about 2 million rubles ($61,360) from insurance company Sogaz for each killed passenger, a Sogaz official said.

Kazan, a city with a population of some 1.1 million, is the capital of Tatarstan, a Russian republic in the Volga Federal District. Kazan is located some 800 kilometers (500 miles) east of Moscow.

Monday has been declared a day of mourning for the crash victims in Tatarstan.