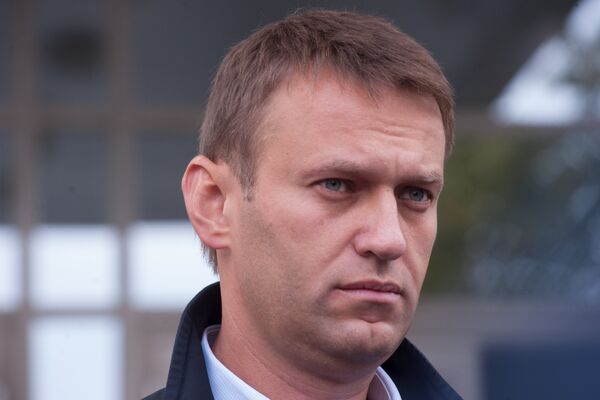 © RIA Novosti . Anton Stekov
/
Go to the mediabank
Subscribe
International
India
Africa
A court in Moscow on Tuesday ordered the seizure of bank accounts and assets belonging to opposition leader Alexei Navalny as part of an ongoing embezzlement case against him.

MOSCOW, November 12 (RAPSI/RIA Novosti) – A court in Moscow on Tuesday ordered the seizure of bank accounts and assets belonging to opposition leader Alexei Navalny as part of an ongoing embezzlement case against him.

Investigators formally charged the anti-corruption blogger and his brother Oleg with fraud in a case involving the local representative of cosmetics company Yves Rocher at the end of last month.

Basmanny court press spokeswoman Natalya Romanova said a judge had ordered Monday that 50,000 rubles ($1,500) should be frozen, along with bank accounts amd company assets seized during the investigation. The value of the accounts and company assets was not disclosed.

Authorities have said they believe the Navalny brothers embezzled around 26 million rubles ($790,000) from Yves Rocher Vostok and another 4 million rubles from the Multidisciplinary Processing Company. The brothers also face charges of laundering 21 million rubles.

The prospect of further legal troubles for the outspoken Kremlin critic follows a mild reprieve in mid-October when a court in the city of Kirov revoked a prison term for separate fraud charges, instead imposing a suspended sentence.

Moscow City Court in October turned down a motion by the Navalny brothers to dismiss the case against them.

The Investigative Committee had in December 2012 accused the Navalnys of embezzling over 55 million rubles from a trading company that was subsequently revealed to be the Russian operation of French cosmetic giant Yves Rocher.

Oleg Navalny is accused of using his senior position with Russia's Postal Service to manipulate Yves Rocher into entering into a contractual agreement for cargo mail transportation with a private mailing service in which Alexei Navalny was registered as founder.

The Navalnys’ lawyer, Olga Mikhailova, has said there is no documentary evidence to prove her clients’ guilt.