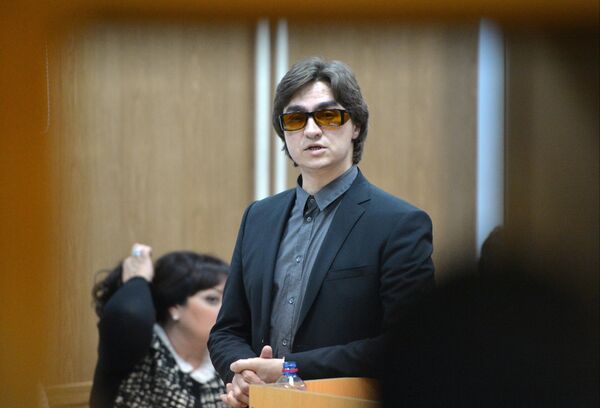 © RIA Novosti . Ramil Sitdikov
/
Go to the photo bank
Subscribe
Bolshoi Ballet artistic director Sergei Filin is suing for 3.5 million rubles ($110,000) due to an acid attack that left him with severe vision problems.

A Moscow court began questioning Filin on Wednesday in the trial of dancer Pavel Dmitrichenko, who is accused of having organized an acid attack against the artistic director. The hearing continues on Thursday.

Filin suffered third-degree burns to his face and eyes on January 17 when unknown assailants attacked him with what is believed to have been concentrated acid. Shortly after the attack, a Bolshoi Theater spokesperson confirmed that Filin had received various threats.

Three men were arrested in March in connection with the attack, including Pavel Dmitrichenko, a leading Bolshoi soloist, the alleged attacker Yury Zarutsky and driver Andrei Lipatov. They each face 12 years in prison if convicted.

Filin returned to Moscow last September after six months of treatment in a German hospital. He has undergone more than 20 eye surgeries, and German doctors said that Filins eyesight had improved significantly.

Filin suggested that the aim of the attack may have been to remove him from his position as artistic director and to destroy the prestigious Moscow ballet company's reputation.