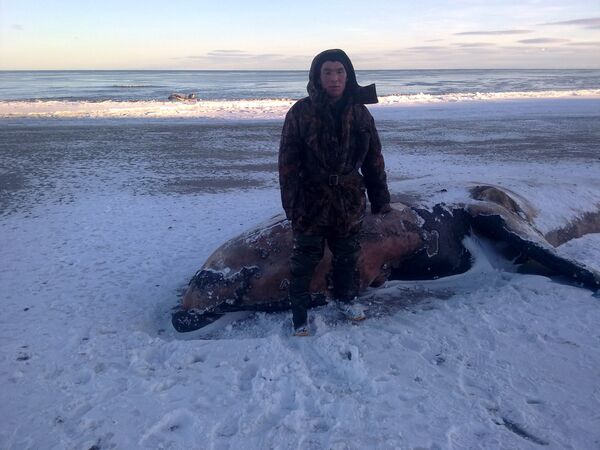 “The remains belong to gray whales of the Chukotka-California population, which have been put on Russia’s Red List of threatened species,” Marine Mammal Council deputy head Andrei Boltunov said.

“We need to register all the cases of these animals’ death and investigate the reasons of the incident,” he said.

In September, a team of Russian scientists found the remains of ten gray whales washed up on the 800-kilometer (500-mile) stretch of the Chukotka coast during an aerial survey. No cause of death has been determined.

Large numbers of polar bears have been attracted to the sites where the carcasses were found, prompting scientists to warn local residents of the danger from the animals.

“Close attention should be paid to the crowds of polar bears near the remains of whales and walruses washed ashore,” said Viktor Nikiforov, head of the World Wildlife Fund’s Polar Bear Patrol program.