US Blacklists Popular Russian Crooner Over Links to Mob 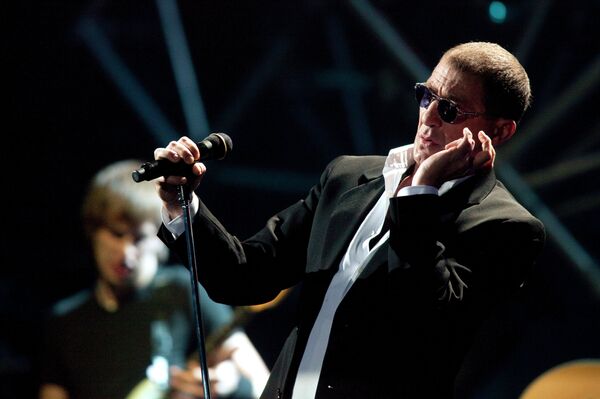 The US Department of the Treasury said on Wednesday that it had blacklisted three Russians, including a popular Russian crooner, over links with an international criminal group.

MOSCOW, October 31 (RIA Novosti) – The US Department of the Treasury said on Wednesday that it had blacklisted three Russians, including a popular Russian crooner, over links with an international criminal group.

Russian singer Grigory Lepsveridze, aka Grigory Leps, is accused of couriering money on behalf of Vladislav Leontyev, blacklisted last year for being “a key member of the Brothers’ Circle” and for involvement “in various criminal activities, including narcotics trafficking,” the US Treasury said.

On Thursday, Leps’ spokesperson slammed the allegations as absurd and said she was surprised by the news.

She also said that, contrary to the information published by the US Treasury, Leps has no property in the US, and lives in downtown Moscow – not on a Thai island.

Leps and the other two Russians were among six people and four entities that the US Treasury says are “linked to the Brothers’ Circle, a Eurasian crime syndicate.”

Veteran Russian crooner Yosif Kobzon came to Leps’ defense on Thursday, slamming the US move as “utter idiocy.” “Since for the past 20 years the Americans have considered me mafia and a drug dealer, nothing surprises me any more” he said.

Leps is a multi-award-winning Russian singer, the Russian Forbes magazine put his 2013 income at $15 million.

The Treasury describes the Brothers’ Circle as comprising leading figures from Eurasian criminal groups that are chiefly based in the countries of the former Soviet Union, but which operate globally.

A total of 28 people and entities have now been blacklisted by the US for links with the Brothers’ Circle, which is one of five transnational criminal organizations outlawed in the US.

The Russian Foreign Ministry's commissioner on human rights on Thursday called the situation “unacceptable” when the United States “spontaneously pins labels on anyone and violates the fundamental presumption of innocence principle.”

“We will not accept this. We will provide our countrymen with consular and legal assistance if needed,” Konstantin Dolgov said in a statement cited by the Russian Foreign Ministry.

He also warned Washington against attempts to apply domestic laws to foreign citizens, saying the “issue on whether Russian citizens are guilty or not” should be settled by the Russian judicial system.

Kremlin spokesman Dmitry Peskov said Thursday that Moscow sought more detailed information from the United States on sanctions against Leps, who he said was “the country’s favorite singer.” He also said Leps has been a “trusted” representative of President Vladimir Putin.

Updated with comments by Foreign Ministry and Peskov.