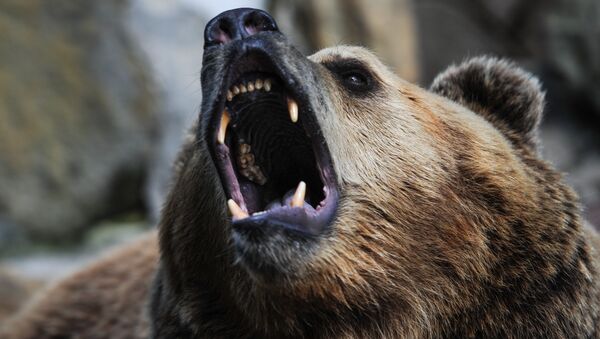 An elderly shepherd in Russia’s North Caucasus survived a bear attack by fighting off the animal with kicks and headbutts, local television reported.

Yusuf Alchagirov, 80, also tried to stab the bear when the beast approached him in a raspberry field in Kabardino-Balkaria, but said the animal knocked his knife away.

The ensuing tussle culminated in the bear, enraged by the headbutt, throwing Alchagirov off a cliff and walking away, the man said on the regional affiliate of VGTRK television.

Alchagirov was briefly hospitalized with bruises, bite wounds and four broken ribs. His family baked him three traditional pies to celebrate his survival.

“I got off easy. It’d have killed me if I’d chickened out,” Alchagirov said on television. The incident took place last week, but was not reported by federal media until Wednesday.

Locals will not be hunting the bear down because they believe he was only playing with Alchagirov, Russian media said Wednesday.