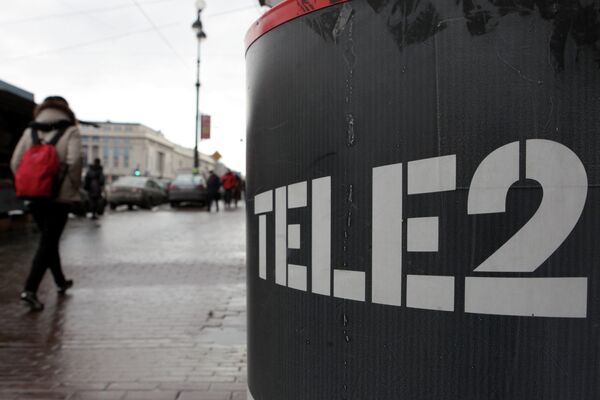 State-owned VTB, Russia’s second-largest bank, did not reveal the price of the deal, saying only that it “met expectations,” but media reports have suggested it is worth about $2 billion. VTB bought the entire Russian operation of Swedish telecommunications giant Tele2 for $3.55 billion (including $1.15 billion of net debt) in April, it said at the time.

The new investors in Tele2 Russia include St Petersburg banker Yury Kovalchuk, rumored to have close ties to Russian President Putin, and Alexei Mordashov, the billionaire owner of steel-maker Severstal, according to a VTB statement published online.

VTB did not specify the size of the Kovalchuk's and Mordashov's stakes in Tele2 Russia, and it did not identify the other members of the consortium.

“Partnership with new strategic investors will significantly strengthen the market position of Tele2 Russia and allow the company to become one of the leaders of Russia’s telecommunication market,” Yury Soloviev, first deputy president of VTB’s management board, said in the statement.

Neither Mordashov nor Kovalchuk are strangers to the media and telecommunications industry.

The two billionaires combined their media holdings in 2008 into the National Media Group, which now owns newspaper Izvestia, Ren-TV and a stake in Channel One. Kovalchuk is also linked to the management structure of Gazprom Media’s holdings, including radio station Ekho Moskvy and television station NTV, and he is a co-owner in CTC Media with the Stenbeck family, the largest shareholder in Tele2.

Tele2 Russia is the fourth-largest mobile operator in Russia, but has no presence in Moscow – where it has been unable to secure licenses – and only a limited presence in some other regions.

VTB's purchase of Tele2 was challenged at the time by Russia's three largest carriers, who said that VTB beat them despite offering a lower price, according to media reports.

The "big three" of MTS, Vimpelcom and Megafon control the lion's share of Russia's mobile market, and are controlled by Russian billionaires Vladimir Yevtushenkov, Mikhail Fridman and Alisher Usmanov respectively.

Analysts suggest that Tele2 Russia is likely to merge with state-controlled Rostelecom, the country's fifth-largest mobile operator, and seek to challenge the dominance of the established players.