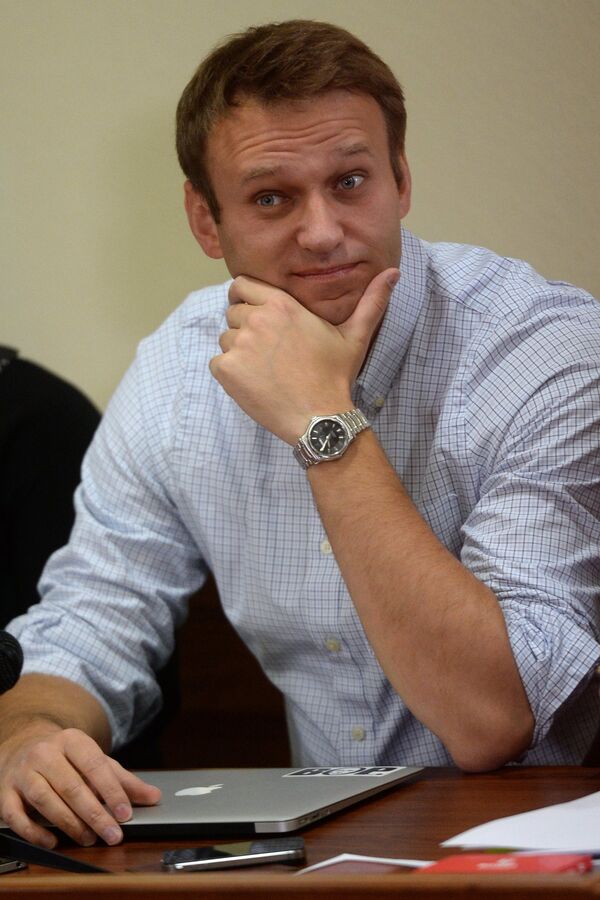 A court in Russia offered outspoken opposition leader Alexei Navalny a reprieve Wednesday by granting him a suspended sentence on embezzlement charges.

The decision by Kirov Region Court marks a softening of the five-year prison term ordered in July, but will leave Navalny open to arrest should he engage in the defiant political activity that has become his trademark. Navalny will also be prevented from running for office for the foreseeable future.

In a blog post after the sentence, Navalny conceded he would not be able to stand for election, but stressed his continued commitment to playing an active political role.

Political commentators had warned that jailing Navalny would turn him into a political martyr and further boost his standing.

Navalny’s lawyer told Russian legal news agency RAPSI that they would appeal, as they disagree “in principle” both with the case and with the guilty verdict.

Navalny was sentenced to five years in prison in July on charges that he embezzled produce at a state-owned timber company in the Kirov Region while working as an unpaid advisor to the local governor in 2008.

He argued in his defense that he was only fighting the company’s inefficient and corrupt management.

Navalny was sent to prison at the end of his trial in July, but, in a highly unusual move for Russian justice, was released from custody the next day at the prosecution’s request, pending appeal.

Navalny, 37, a lawyer and an anti-corruption blogger, has risen to become one of the most prominent faces of the Russian opposition movement since the start of mass protest rallies in Moscow in late 2011.

He ran for Moscow mayor last month, losing to the Kremlin-backed incumbent, but boosting his public exposure through a vigorous grassroots campaign. He gained just over 27 percent of the vote, well above what initial polls suggested he would get.

With the conviction remaining in force, Navalany may be barred from running for office under rules envisioned for individuals with convictions for what are termed “serious crimes.”

The Constitutional Court ruled against the ban last week, but legal technicalities are likely to still deny Navalny a place on the ballot in the Moscow City Duma elections in 2014 and the 2018 presidential vote.

Navalny said earlier this week that he expected the court to find him guilty in order to deny him a future place on the ballot, though he added that he thought his sentence may be suspended.

Some Russian media have previously suggested Navalny’s jailing will make him a “Russian Mandela,” and also speculated this was why his case could be included in a possible forthcoming amnesty in honor of the 20th anniversary of the Russian constitution, currently in the works in the Kremlin-controlled legislature.

Russian President Vladimir Putin, whom Navalny routinely criticizes in his speeches, has previously denied allegations that he masterminded the case against the activist.

Speaking on Wednesday, Kremlin spokesman Dmitry Peskov said “we are in no way related to the sentence.”