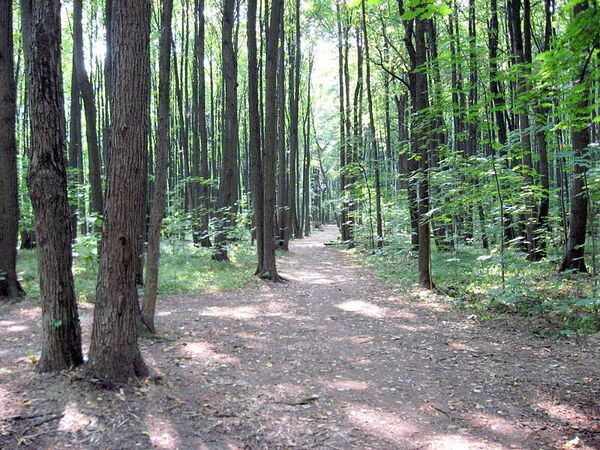 © Photo : Wikipedia/public domain
Subscribe
Moscow police revealed details Thursday of the murder of a young woman whose mutilated body was found earlier this week near a park made infamous by a serial killer dubbed the “Chessboard Killer.”

MOSCOW, October 10 (RIA Novosti) – Moscow police revealed details Thursday of the murder of a young woman whose mutilated body was found earlier this week near a park made infamous by a serial killer dubbed the “Chessboard Killer.”

On Wednesday, the police reported that three suspects had been detained over their alleged role in the killing of the woman, who was found dead with multiple injuries two days earlier.

The woman reportedly had a fragment of a police statement in her pocket accusing a named man of repeated abuse, though it was not immediately clear whether that man was one of those detained.

The woman, who was in her 20s, died late on September 26 after the suspected killer, a 49-year-old male, hit her several times with a walking stick inside her apartment, the city’s senior police investigator Sergei Stukalov said Thursday.

The woman died at the scene. The next day the alleged killer tried to conceal the crime by packing the body in a cardboard box that he had found in the street, Stukalov said.

He turned to two friends for help, one of whom helped him carry the box to the car. Investigators are now determining whether the second man was aware that he was aiding an attempt to conceal a crime.

The third suspect provided his car to transport the box, but claims he didn’t know there was a body inside. The alleged killer dropped it into a ravine near Bittsa Park in southern Moscow.

When the body was found days later, the woman’s hair and an ear were missing.

Bitsa Park, a sprawling wooded area in southern Moscow, was where Alexander Pichushkin, dubbed the “Chessboard Killer” by the media, killed most of his 49 known victims between 2001 and 2006.

Pichushkin, who was said to have kept count of people he killed on a chessboard, which consists of 64 squares, used to lure his victims into the woods in the park and ply them with vodka before battering them to death. He was sentenced to life in prison in October 2007.