Judges at Top Russian Court Quit Ahead of Reforms 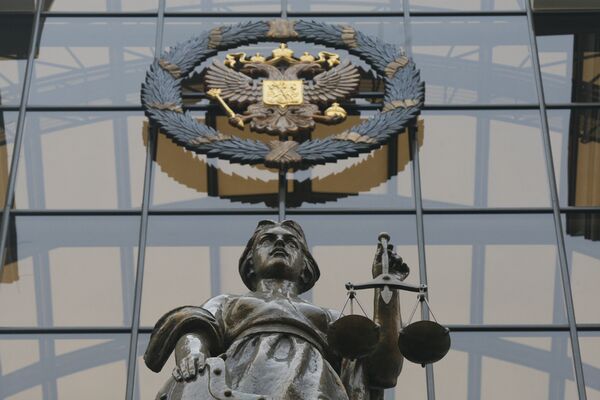 Seven judges at a top Russian court have resigned ahead of looming major reforms to the country's justice system.

MOSCOW, October 10 (RIA Novosti) – Seven judges at a top Russian court have resigned ahead of looming major reforms to the country's justice system.

The announcement follows a Kremlin-engineered initiative to reform the system of top courts by merging the Supreme Arbitration Court, the country’s highest forum for the handling of commercial disputes, and the Supreme Court. The merged body is to be moved from Moscow to St. Petersburg.

The reforms will also require judges to prove their qualification to be selected for the revised court.

A draft law on the reform submitted to the lower house of parliament Monday is expected to be passed by year’s end.

Business daily Kommersant reported Thursday that the judges, who decided to leave before the draft law was passed, make up almost one-eighth of the court’s current staff.

According to the Kommersant report, most of the resigning judges belonged to the court’s veteran guard and had been appointed by the Supreme Council in 1992.

The paper said the judges found the prospect of undergoing selection once again humiliating and were unwilling to change residence.