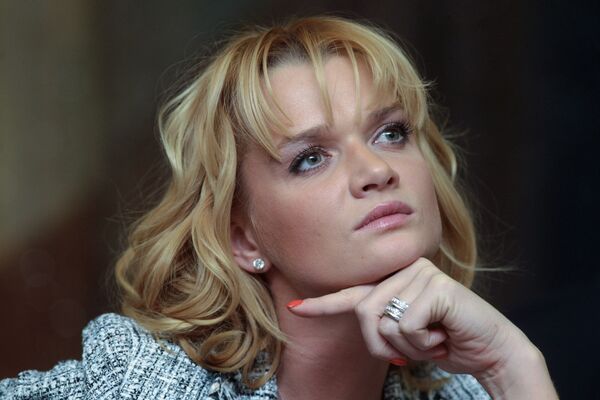 The suspects, aged 16 and 21, allegedly drove around town on a scooter, snatching the bags of passersby and quickly driving off, police said in a statement.

They are believed to have robbed the two-time Olympic champion and former lawmaker as she crossed an intersection on the city's southwest Prospekt Vernadskogo thoroughfare.

The suspects, both Muscovites, were detained Wednesday, a day after they allegedly snatched a college student’s purse in broad daylight. The elder suspect has a prior criminal record, police said. Both face robbery charges.

Khorkina, a torchbearer for the upcoming Winter Games in Sochi, won two golds on the uneven bars, in 1996 and 2000. She is also the only female gymnast to win three all-around titles at the world championships for artistic gymnastics.

Khorkina also served in Russia’s lower house of parliament from 2007 to 2011.