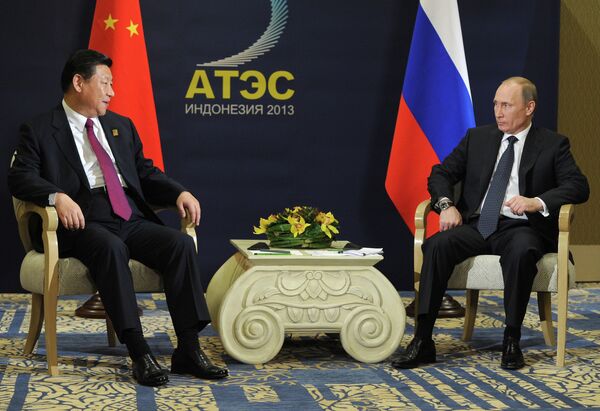 “Our coordinated position on the international arena is paying off," Putin said Monday while opening a meeting with his Chinese counterpart Xi Jinping at an Asian economic forum in Indonesia, in line with a translation posted on the Kremlin website.

"We have been able to achieve coordinated decisions on the most difficult matters, with Syrian issues being the latest example,” he said on the first day of the October 7-8 Asia Pacific Economic Cooperation (APEC) summit in Bali.

Xi, in turn, lauded bilateral interaction when dealing with the situations in Syria and on the Korean Peninsula.

“I think on all these issues we have either similar or identical positions,” he said.

International experts began eliminating Syria’s chemical weapons on Sunday in accordance with a US-Russian plan to seize and destroy the stockpiles that was approved in September 2013 by the Organization for the Prohibition of Chemical Weapons (OPCW) and supported by a UN Security Council resolution.

Russia remains one of the staunchest supporters of the ruling regime in Syria, where over two years of fighting between government and opposition forces have claimed the lives of more than 100,000 people, according to UN estimates.