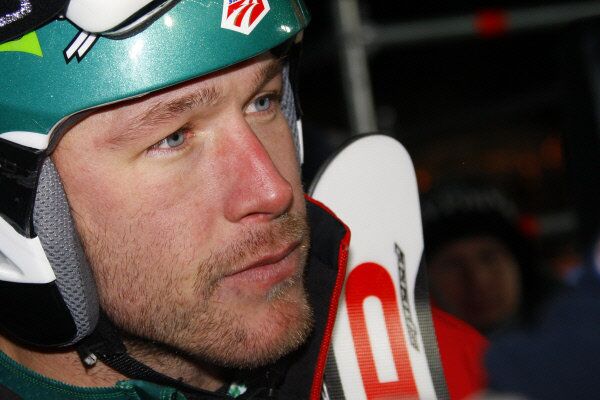 WASHINGTON, October 1 (RIA Novosti) – Five-time US Olympic alpine skiing medalist Bode Miller, who hopes to compete in his fifth Olympics at the 2014 Winter Games in Sochi, spoke out publicly this week against Russia’s controversial law banning public expressions of homosexuality.

“I think it's absolutely embarrassing that there's countries and there's people who are that intolerant and that ignorant," Miller said Monday during a US Olympic media summit in Utah.

The Russian law, signed by President Vladimir Putin earlier this year, bans the promotion of “non-traditional” relationships to minors.

The Kremlin maintains the law does not prevent adults from making their own choices and is aimed at protecting children, while critics claim the legislation is part of a much wider crackdown that has led to discrimination and violence against Russia’s gay community.

Figure skater and two-time national champion Ashley Wagner told USA Today Sports she was nervous discussing the law, but ultimately decided she felt strongly about the issue because she has friends and relatives who are members of the Lesbian, Gay, Bisexual and Transgender (LGBT) community.

"I think growing up in skating, I was surrounded by the LGBT community, so I grew up very aware because I was around it so often, and some of the kindest people I know are gay figure skaters," Wagner said to the news outlet.

“I firmly believe that your preferences don’t make you any less of a being. It’s not what defines you,” Wagner said at Monday’s Utah media summit.

Last week the International Olympic Committee (IOC) outraged many gay rights activists when a top official announced the Russian law does not violate the anti-discrimination guarantees in the Olympic charter.

"The IOC doesn't have the right to discuss the laws that are in place in the country hosting the games, so unless the charter is violated we are fully satisfied," said Jean-Claude Killy, chairman of the IOC Coordination Commission, at a Thursday press conference in Sochi.

The US Olympic Committee (USOC) has said it disagrees with the law but adamantly opposes a boycott of the Sochi Olympics.

Most of the US athletes questioned at the media summit didn’t comment directly on the issue, but said they trust the USOC.

Known for his outspoken nature, Miller said politics and sports should be separate.

“I think it's crappy that we don't have a better system dealing with that stuff,” said Miller. “Asking an athlete to go somewhere and compete and be a representative of a philosophy and all the crap that goes along with it and then tell them they can't express their views or say what they believe I think is pretty hypocritical.”