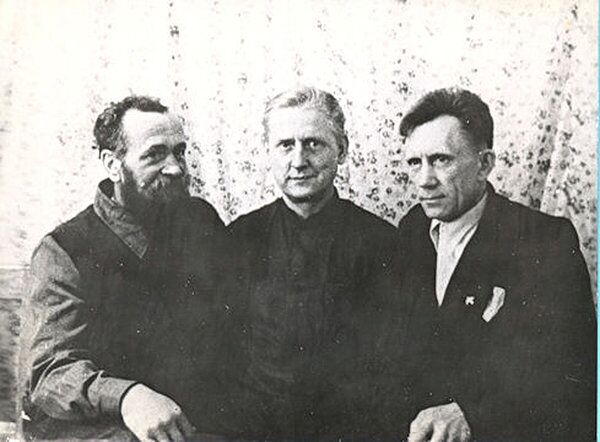 © ciszek.org
Subscribe
As US Catholics celebrate the 50th anniversary of the return to the United States of a priest who spent 15 years in the Soviet Union’s prison system, moves are underway to make him a saint, Pennsylvania newspaper The Citizen’s Voice reported Monday.

WASHINGTON, September 30 (RIA Novosti) – As US Catholics celebrate the 50th anniversary of the return to the United States of a priest who spent 15 years in the Soviet Union’s prison system, moves are underway to make him a saint, Pennsylvania newspaper The Citizen’s Voice reported Monday.

American priest the Rev. Walter Ciszek entered the Soviet Union in 1939, after the Polish town of Albertyn, where he taught ethics at a Jesuit seminary, was invaded by Soviet troops, according to the website of The Father Walter Ciszek Prayer League, the official organization promoting his canonization.

Using forged papers, he found work in the Ural mountain range, where he held clandestine Masses until 1941, when he was arrested on charges of being a German spy, according to the website.

Transported to Moscow’s notorious Lubyanka prison, Ciszek was tortured and sentenced to 15 years hard labor in Siberia, although he ultimately spent 6 years of his term in the Lubyanka. Released in 1955, he spent 8 years in Siberian exile until American officials negotiated his return home in 1963, when he was freed in exchange for two Soviet agents, the Prayer League said.

The Prayer League began promoting Ciszek’s canonization in 1989, five years after he died at the age of 80. Last year, the Vatican Congregation for the Causes of Saints issued a "decree of validity," a significant step forward on the road to sainthood according to The Citizen’s Voice.

"We're waiting for a miracle basically," Sister Doris Burkot, secretary of the league, told the paper.