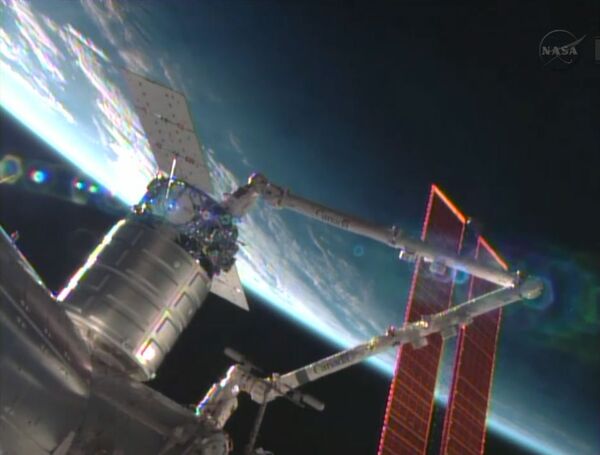 The unmanned Cygnus cargo spacecraft, built by private US rocket company Orbital Sciences, docked with the space station ten days after its launch and became the second commercial spacecraft, after the Dragon capsule, to dock with the ISS.

The Cygnus docking was initially scheduled to take place a week ago, four days after its September 18 launch from Virginia. However, the rendezvous with the space lab was postponed after the spacecraft experienced a discrepancy in the GPS navigation data between the capsule and the ISS.

Orbital developed a fix for the glitch but with around 48 hours needed to implement the repair and resume Cygnus’ approach to the ISS, and with the Soyuz mission looming, the company and NASA deemed the schedule to be too tight and opted to postpone the cargo ship’s docking maneuvers.

Cygnus delivered some 1,300 pounds (589 kilograms) of cargo to the station. The ISS crew will open its hatches and start unloading the cargo on Monday. The spacecraft is scheduled to leave the station on September 22.

Another COTS partner company, Space Exploration Technologies (SpaceX), began working with NASA in 2006, and after a successful test flight of its Dragon space freighter in 2012, began flying regular cargo missions to the space station.

SpaceX also enjoyed a huge success on Sunday, following the first flight of its new Falcon 9 v1.1 rocket from the Vandenberg Air Force Base on Sunday afternoon, NASASpaceflight.com reported. It was the eleventh blastoff of a Falcon rocket, the sixth Falcon 9 launch, and the maiden launch of the v1.1 configuration. 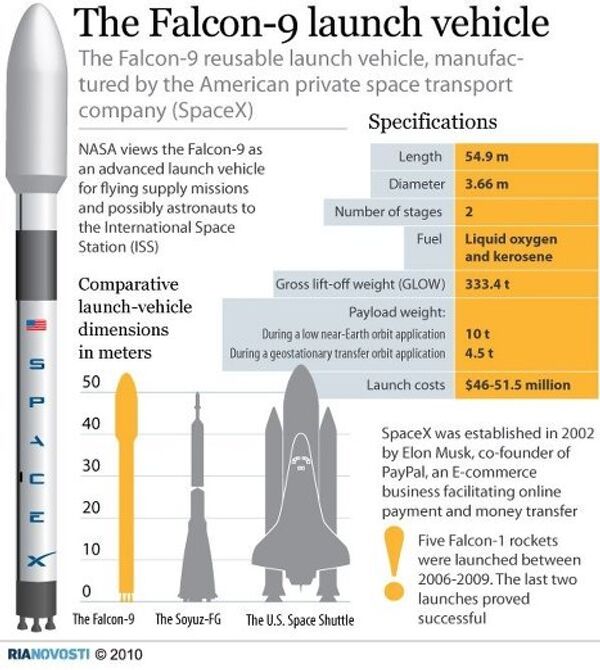 Falcon 9 v1.1, a replacement for the original Falcon 9 (retrospectively called the v1.0), features stretched first and second stages, with a new engine arrangement on the first stage. The first stage is equipped with nine Merlin-1Ds engines arranged in an octagonal formation (eight outboard engines clustered around a central inboard engine), while the second stage features a single Merlin Vacuum engine.