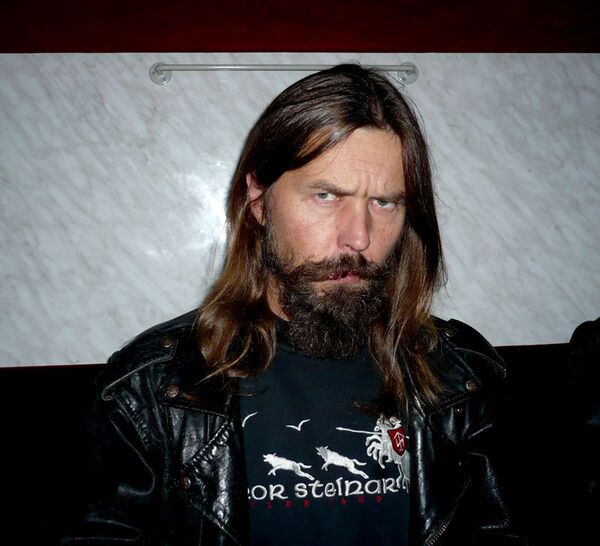 © Photo : Korroziya Metalla website
Subscribe
A song by a legendary Russian thrash metal band has been included on the federal list of materials classed as extremist, Russia's Justice Ministry announced on its website Friday.

MOSCOW, September 27 (RAPSI) – A song by a legendary Russian thrash metal band has been included on the federal list of materials classed as extremist, Russia's Justice Ministry announced on its website Friday.

"Beat the Demons," a song by the band Korroziya Metalla, was declared extremist by a court on May 22.

The Russian word for demon can also be used as a racial slur, though its meaning is contextual. Bandleader Sergei “Spider” Troitsky has publicly said that there was no provocation intended in the call to beat demons.

Troitsky is the sole remaining member of the legendary Korroziya Metalla thrash metal band. The band's first album, "The Order of Satan," was released on the group's own label in 1988 after its no-holds-barred content proved too hot even for Perestroika-era record companies. Korroziya's outlandish concerts also gained the band nationwide notoriety in the 1990s as "Spider" impersonated Hitler, used Satanist imagery and employed writhing naked women on stage.

Although the group’s early recordings were generally apolitical, the 1990s and 2000s saw Troitsky’s political views turn decidedly nationalist and he managed to unite skinheads and football hooligans around his pro-Orthodox Church and anti-immigration platform. He and his supporters were briefly detained by police on a number of occasions at rallies.

Troitsky returned to mainstream headlines last year during his mayoral campaign in Moscow's satellite city of Khimki. Semi-nude female city administration staff, a zoo filled with mechanical animals, and Germans employed en masse – because "they don't take bribes" – were among his campaign promises. Undeterred by the 2.5 percent of the vote he garnered in that election, he also filed for registration as a candidate in this month’s Moscow mayoral elections, but failed to be registered.