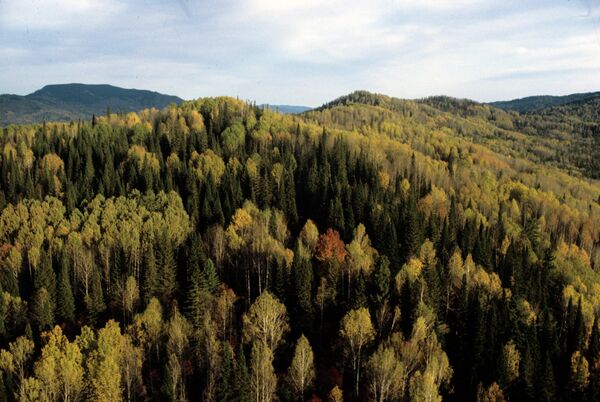 © RIA Novosti . P. Zubkov
/
Go to the photo bank
Subscribe
Russian prosecutors said Wednesday that more than 3 billion rubles ($100 million) in forestry violations, including the unlawful felling of trees to build a road, had been identified on military property and that the relevant legal action was under way.

MOSCOW, September 25 (RIA Novosti) – Russian prosecutors said Wednesday that more than 3 billion rubles ($100 million) in forestry violations, including the unlawful felling of trees to build a road, had been identified on military property and that the relevant legal action was under way.

Prosecutors this year have uncovered more than 270 violations of forestry law on military land, and over two dozen individuals have been implicated among eight criminal cases, the statement said.

The violations included the felling of 12 hectares (30 acres) of forestland – resulting in the loss of 70 million rubles ($2.2 million) – in order to build a road through military property in the Far East, prosecutors said, implicating the Pacific Ocean Bridge-Building Company (Tikhookeanskaya Mostostroitelnaya Kompaniya) in the incident.

The statement also notes that Defense Ministry officials in 2011-12 facilitated the unlawful sale of more than 144 hectares (355 acres) of military land in the Moscow Region, adding that those officials have since been removed from their posts.

“We don’t need a certain number of cases [to be opened]. We need results regarding those situations, those legal violations, that you have uncovered. Take this under your strict personal control,” Putin told Chaika on August 8.

Large-scale commercial logging in much of southern Siberia and the Far East is driven by the enormous demand for timber from neighboring China. The illegal trade in logs and sawn timber with China in 2011 was worth about $1.3 billion, according to a report last year by the independent Environmental Investigation Agency.