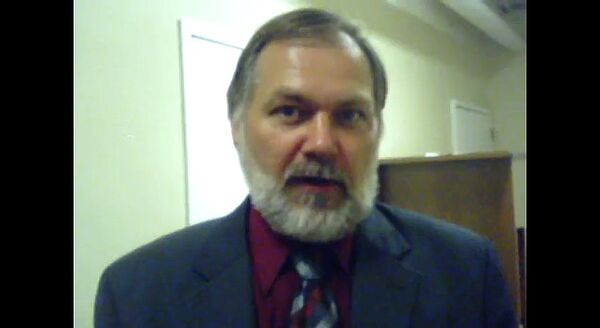 © YouTube
Subscribe
A US pastor who promotes a “war” against homosexuals has claimed that he helped inspire a controversial Russian law enacted earlier this year banning gay propaganda.

WASHINGTON, September 19 (RIA Novosti) – A US pastor who promotes a “war” against homosexuals has claimed that he helped inspire a controversial Russian law enacted earlier this year banning gay propaganda.

“Yes, I think I influenced the Russian law,” Scott Lively, a Massachusetts-based Christian pastor who has preached widely against homosexuality in Russia and Eastern Europe, told NBC News in an interview published Wednesday.

Lively is facing a lawsuit in US federal court for allegedly persecuting homosexuals in Uganda and promoting a draft law in the African country that would have allowed for the death penalty for same-sex relations.

The US rights group that brought the lawsuit told NBC News that it is preparing a similar action against Lively over his promotion of anti-gay policies in Russia and Eastern Europe if evidence emerges that he was “an architect” of Russia’s law on homosexuals.

The vaguely worded law, which Russian President Vladimir Putin signed in June, bans the promotion of “non-traditional sexual relationships” to minors, making it an offense punishable with hefty fines. The law has been widely criticized in Russia and abroad as a clampdown on the rights of the Lesbian, Gay, Bisexual and Transgender (LGBT) community in Russia.

In an open letter to Putin posted on his blog last month, Lively praised the Russian leader for the law, noting that he traveled in Russia several years ago “advocating the very policy you have enacted.”

In a subsequent blog post, Lively said he sent Putin a copy of his book, “The Pink Swastika: Homosexuality in the Nazi Party,” and promised the Russian president the first copy of the book’s forthcoming Russian translation.

In the 1990s, Lively was an instrumental figure in enacting local laws in a smattering of Oregon communities making it illegal to “promote, encourage or facilitate homosexuality,” NBC News reported.

He traveled in Siberia and Russia’s Far East in 2006 and 2007 warning audiences that homosexuality is evil.

“In the United States, where the sexual revolution began, it was the homosexual-political movement that designed this strategy to attack Christianity,” Lively told people in an auditorium in the Siberian city of Novosibirsk in October 2007.

The vast majority of Russians appear to back the law on homosexuality. In a June survey by the state-run pollster VTsIOM, 88 percent of respondents expressed support for a ban on the “propaganda of homosexuality among minors.”