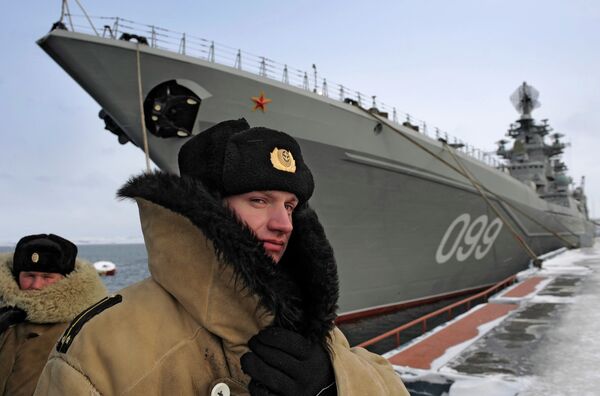 Russia will reopen a military base in the New Siberian Islands, an Arctic archipelago north of Yakutia, to secure control of the strategic region, Russian President Vladimir Putin said Monday.

“Our forces left the area in 1993, and in the meantime it has become a very important point in the Arctic Ocean, a new stage in the development of the Northern Sea Route,” Putin told a meeting of Defense Ministry officials.

Putin said Russia “will not only reinstate the military base in this area, but will also restore the airfield and allow for collaborative work with representatives of the Emergency Situations Ministry, hydrologists and climate experts to ensure security and efficient operation of the Northern Sea Route."

Under international law, the Arctic belongs to no single country, but the huge area is strategically important for northern hemisphere countries and is believed to contain huge quantities of hydrocarbons and other minerals.

Russia's Defense Ministry said Saturday that the arrival of a Russian naval task force at the New Siberian Islands signaled the return of a permanent Russian military presence in the Arctic Region. 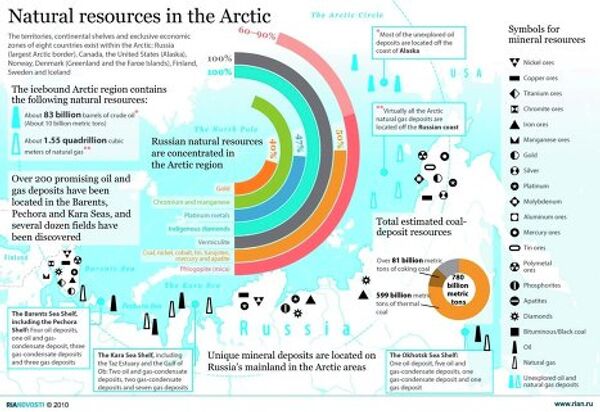 Natural resources in the Arctic
© Сollage by RIA Novosti

“Two days ago, a naval task force from the Northern Fleet began major exercises around the New Siberian Islands. We arrived there, or, more accurately, we have returned there forever,” Deputy Defense Minister Arkady Bakhin said after a meeting chaired by Defense Minister Sergei Shoigu.

The Russian task force is led by the heavy nuclear-powered guided-missile cruiser Pyotr Veliky, and includes the large amphibious assault ships Olenegorsky Gornyak and Kondopoga and a variety of other support vessels. The group of ships will take part in exercises around the New Siberian Islands, which are located between the Laptev Sea and the East Siberia Sea, Bakhin said.

The Northern Sea Route is a transport corridor along Russia’s northern coast linking Europe and Asia. The route is becoming increasingly open to commercial traffic as the climate warms and Arctic sea ice retreats.

Russian Deputy Prime Minister Dmitry Rogozin said late last year that Russia risked losing its sovereignty by the mid-21st century if it does not assert its national interests in the Arctic today.