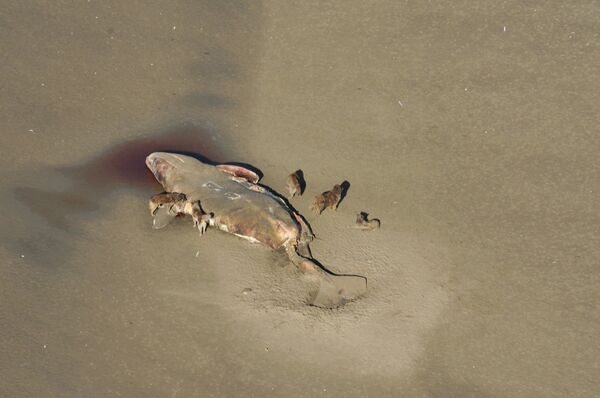 A team of Russian scientists has found the remains of 10 gray whales washed ashore in Russia’s most northeasterly region Chukotka, the Marine Mammal Council said Friday.

The remains were discovered during an aerial survey of Chukotka’s Arctic coast between September 1 and 8.

Stanislav Belikov, head of marine wildlife conservation at the All-Russian Research Institute for Nature Protection, said the 10 marine mammals had washed up on the 800-kilometer (500-mile) stretch of the coast.

"This is quite a few, especially considering that six of these whales were washed ashore within a coastal area of 120 kilometers. They were possibly wounded by hunters or attacked by killer whales. We also shouldn’t rule out the possibility of a disease. In any case, reasons for this incident should be investigated,” Belikov said.

According to the Marine Mammal Council, the number of recently deceased gray whales could be higher because not all dead whales wash up on shore.